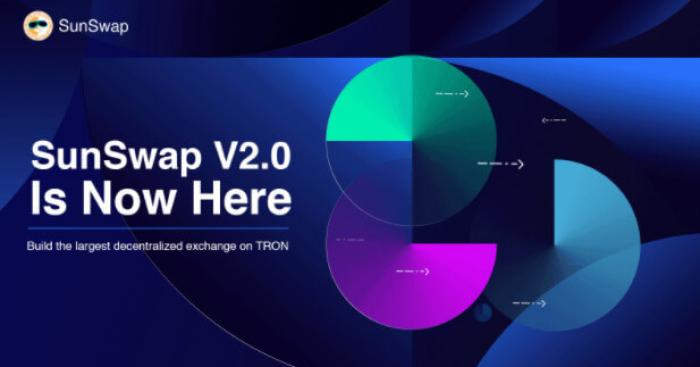 Singapore, Singapore, 21st December, 2021 — SunSwap, created by SUN.io after it acquired JustSwap and underwent an all-around rebranding, is the largest decentralized exchange (DEX) on TRON. By integrating the advantages of both JustSwap and SUN.io, SUNSwap is TRO N’s leapfrog innovation in the DeFi field, featuring on-chain token swap, liquidity mining, stablecoin conversion, staking, and platform governance.

Dedicated to the sustainable development of the SunSwap platform and the delivery of benefits derived from its growth to a wider community, SunSwap V2.0 is now live, with a sweeping upgrade based on V1.0. The details of the upgrade are as follows:

1. One-click liquidity migration feature is now added, allowing users to migrate their liquidity from V1.0 and V1.5 to V2.0 hands down;

2. Users can now add liquidity to trading pairs of any two TRC20 tokens;

3. A new routing protocol that supports the optimal swap path is added, removing the need to use TRX as an intermediary;

4. The user interfaces for Swap, LP Pools, Scan, and other modules are improved.

Putting its mind to long-term value creation and better user experience, SunSwap makes sustained efforts to upgrade its products based on users’ needs. SunSwap V2.0 features improved functionality and experience, among others, delivering convenience, optimal paths, low handling fees, and other benefits to users. This is of great significance to SunSwap, TRON’s public chain, the whole DeFi field, and even the broader blockchain industry.

Since its launch, SunSwap has won wide acclaim among its users with a TVL of over $1.8 billion, a 24-hour trading volume of more than $100 million, and industry-leading returns on liquidity mining, topping the list of DEX projects rolled out by various public chains.

An ecosystem will thrive only when it provides better user service, and we are confident that SunSwap V2.0 will surely deliver a more efficient and friendlier user experience. Coupled with the integration of the decentralized cross-chain bridge BTTC in the near future, SunSwap will make “connecting all chains” a reality. Besides, SunSwap aspires to become the largest and most comprehensive decentralized exchange in the industry, powering the sustained growth of DeFi.

SunSwap is a TRON-based protocol for swapping TRC20 tokens. It allows easy swaps between any two TRC20 tokens at system-determined prices. All handling fees collected will directly go to liquidity providers of the protocol without reservations for the protocol itself. This ensures full decentralization and security.