Trust Wallet, the official wallet of top cryptocurrency exchange Binance, has released a desktop client for its crypto wallet with initial support for macOS, and Windows and Linux support to follow.

Now on macOS! Windows and Linux are coming shortly. https://t.co/SOL3Qj53V9

First released as a mobile-only application in November 2017, Trust Wallet is an open-source multi-coin wallet and decentralized application browser compatible with over 20,000 Ethereum-based tokens, according to Binance, and approximately 30 blockchain-native cryptocurrencies including Bitcoin.

Binance acquired Trust Wallet in July 2018 stating the team behind the wallet would retain full development rights “while benefiting from the increased synergy” with its new owner, one of the world’s top exchanges by daily volume. Explaining his company’s first and only acquisition to date, Binance CEO Changpeng Zhao later held up the wallet as the “best” in the “on-chain mobile wallet category”.

According to Trust Wallet founder Viktor Radchenko, the majority of cryptocurrency users on desktop use Windows—the PC client will likely be released within a few weeks, Radchenko told CryptoSlate.

Most of the desktop crypto users are on Windows – 75% or so. 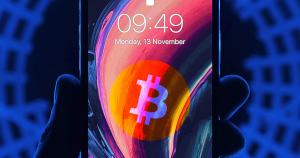 Like what you see? Get more Binance news in your inbox

Trust (Binance's official wallet) is a mobile wallet that supports Ethereum and ERC20, ERC223 tokens. Currently more than 20,000 tokens that are built on Ethereum are accessible through Trust Wallet app. Trust has a DApp Browser that is a full-fledged Web3 browser that allows you to interact with decentralized applications (DApp) directly from the app. Binance has announced the acquisition of Trust Wallet on July 31, 2018. Learn More ➛