Cook has, however, revealed that the company will not be investing in any digital asset any time soon. 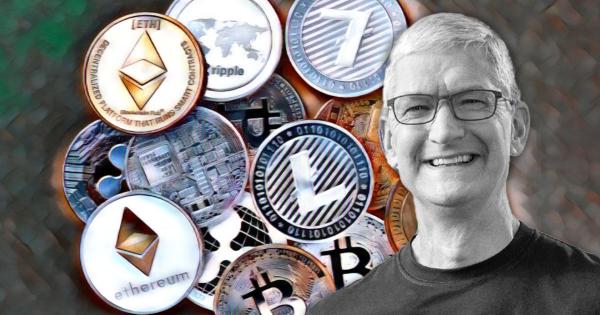 The CEO of one of the biggest companies in the world, Apple, has finally opened up to owning crypto assets like Bitcoin and Ethereum. Speaking at the DealBook conference held on Tuesday, Tim Cook confirmed that he was a crypto holder.

Tim Cook is a crypto holder

According to the Apple CEO, Ethereum and Bitcoin are both good crypto assets to invest in, and he’s personally invested in both digital currencies.


In his words “I do. I think it’s reasonable to own it as part of a diversified portfolio. […] I’m not giving anyone investment advice, by the way.”

He continued that he’d been a long time admirer of cryptocurrencies, and he’s also carried out a feasibility study on blockchain technology and how it functions.

On whether Apple was going to tow the path of other multinational companies investing in crypto, Tim Cook rejected the possibility of Apple buying any digital asset as an investment asset because people do not buy “Apple stock to get exposure to crypto.”


He also revealed that the company was not going to be accepting crypto payments for any of its products or services soon.

Apple currently provides financial services through its Wallet app that includes the Apple Card credit card and Apple Pay. The company does not support any crypto-related services or products though it allows some crypto-related applications on its App Store.

As of press time, Apple is the second largest company globally with a market cap close to $2.5 trillion.

The CEO of Apple is not the only notable crypto hodler in the tech community. The founder of Tesla and SpaceX, Elon Musk, is one of the popular hodler of digital assets with some of his tweets playing a role in the dynamics of the industry.

Another popular crypto hodler is Mark Cuban, the owner of Dallas Mavericks and one of the “shark” investors on television series Shark Tank.