The messaging app has launched a cryptocurrency payment feature for a small number of users in the US. 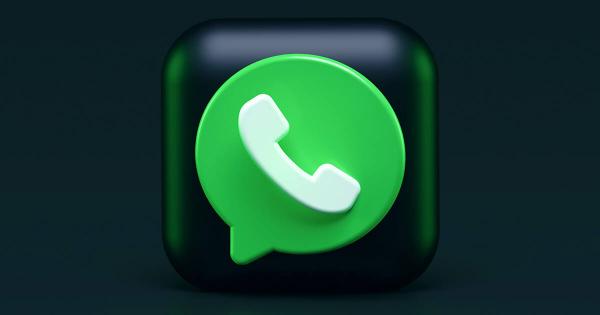 Photo by Alexander Shatov on Unsplash

WhatsApp is a unit of Meta– a tech giant formerly known as Facebook.

The pilot program is open to a limited number of users in the US, according to Novi head Stephane Kasriel, who announced the launch on Twitter.

“Using Novi doesn’t change the privacy of WhatsApp personal messages and calls, which are always end-to-end encrypted,” according to Kasriel, who added that the pilot will be extended following the users’ feedback.

We’re still very early in the Novi pilot journey, so we made the decision to test this new entry point in one country to start and will look to extend it once we’ve heard from people what they think of this new experience.

The payments feature is included in WhatsApp as a new attachment option, and there is no cap on the number of transactions that can be made through the messaging app.

Users can include payments to messages–”without ever leaving a WhatsApp chat”–in a similar way they do with photographs–tapping the “+” icon and selecting “Payment” from the menu.

Novi wallet is designed for transferring money instantly and with no fees, with payment made through USDP–a stablecoin issued by blockchain trust company Paxos, which is pegged to the US dollar.

Meta’s cryptocurrency strategy has changed since the company first announced its plans in 2019.

Initial plan was to develop a cryptocurrency called Libra, which was supposed to be linked to a Facebook digital wallet–dubbed Calibra.

Calibra wallet was rebranded into Novi in 2020 and its October launch caused quite a stir.

CryptoSlate reported that the launch was met with stiff opposition from the US lawmakers, who wrote an open letter to Mark Zuckerberg to discontinue the digital wallet project.

“Facebook cannot be trusted to manage a payment system or digital currency when its existing ability to manage risks and keep consumers safe has proven wholly insufficient. We urge you to immediately discontinue your Novi pilot and to commit that you will not bring Diem to market,” read the letter, signed by the members of the US Senate Banking Committee.

Novi launch continued despite the hostilities and was available for download on Apple and Google’s app stores.

In its response to the letter, Diem, formerly known as Libra, stated that the legislators might have misunderstood “the relationship between Diem and Facebook.”

“Diem is not Facebook. We are an independent organization, and Facebook’s Novi is just one of more than two dozen members of the Diem Association. Novi’s pilot with Paxos is unrelated to Diem,” read the press release.