Binance, the world’s largest cryptocurrency exchange by daily trading volume, has invested $2.5 million in TravelbyBit, a startup supported by the government of Australia to operate crypto point-of-sale (PoS) systems at the country’s airports. 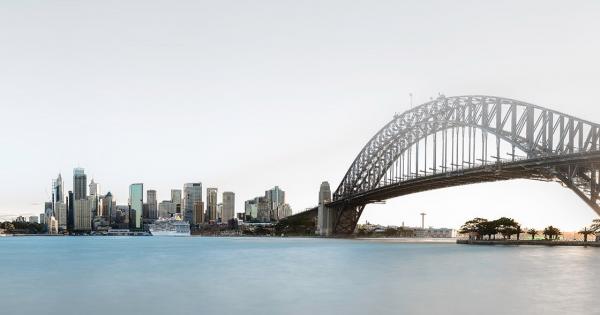 Photo by Asif Aman on Unsplash

Binance, the world’s largest cryptocurrency exchange by daily trading volume, has invested $2.5 million in TravelbyBit, a startup supported by the government of Australia to operate crypto point-of-sale (PoS) systems at the country’s airports.

At selected airports including Brisbane, the capital of Queensland, cryptocurrency users will now be able to utilize major digital assets like Bitcoin (BTC) and Ethereum (ETH) to pay airport merchants.

As the PoS system of TravelbyBit continues to be integrated by Australia’s airports, passengers traveling with stopovers in Australia will be able to use various cryptocurrencies to purchase products and services at airports.

“Blockchain payments have the ability to make global commerce extremely efficient by removing much of the friction of multiple exchange rates. Imagine travelling with multiple stopovers and only needing a single currency. We’re working with the most innovative airports and retailers who want to offer their consumers non-traditional payment options and a chance to experience cutting-edge technology.”

Why Did Binance Invest?

Prior to the investment of Binance, TravelbyBit received an AUD $100,000 grant from the Palaszczuk Government–the state government of Queensland–as a part of the Advance Queensland Ignite Ideas program.

With the support from the government and the ministry of Innovation and Tourism at Queensland, TravelbyBit has already developed and deployed crypto PoS systems throughout the country.

The $2.5 million funding round raised by the startup comes in a time in which the team is exploring multiple ways to expand throughout Australia with strategic partners.

In the months to come, Binance Chief Financial Officer Wei Zhou told CryptoSlate in an interview that the exchange, which has over 10 million users on its platform, will assist the startup to expand across Australia and potentially throughout the world.

“We have been extremely impressed by the ecosystem Caleb and the TBB team have built in Queensland to drive the tourism industry through cryptocurrency, and we look forward to helping them to expand this ecosystem around the world.”

Once the TravelbyBit team properly establishes its infrastructure in Australia, it will move towards integrating Binance Coin (BNB), the native cryptocurrency of the Binance platform, into its PoS system to enable cryptocurrency users to pay airport merchants with BNB.

Kate Jones, the Minister for Innovation and Tourism of Queensland, expressed her enthusiasm towards the partnership between Binance and TravelbyBit, describing the exchange as one of the most established companies in the global blockchain ecosystem.

“It is great to see a local company partnering with one of the most established multinational companies in the blockchain ecosystem.”

Previously, experts in the consumer goods sector including former Starbucks CEO and chairman Howard Schultz explicitly emphasized the importance of merchant adoption for the long-term growth of crypto.

While the interest in and demand for cryptocurrencies have increased rapidly in the past year, merchant adoption has not improved proportionally to the exponential growth rate of the cryptocurrency exchange market and the blockchain sector.

The efforts TravelbyBit to enable merchants to accept and integrate cryptocurrencies, especially with the support of the government, are expected to have a positive impact on the long-term growth of the cryptocurrency market.

Report: Cryptocurrency to Be Treated As a Prominent Trading Market in Australia

We’re a team of passionate travellers and digital currency enthusiasts helping the crypto community travel with freedom around the world, starting with Queensland, Australia. Learn More