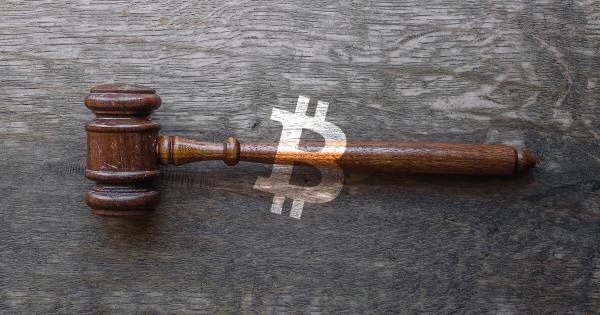 After a year of appeals, a U.S. Court has dismissed a lawsuit against several Bitcoin Cash proponents, including Bitmain, Kraken, Bitcoin.com, and their respective owners and founders. The lawsuit, filed by Florida-based mining company UnitedCorp, alleged that the defendants colluded during the Bitcoin hash wars, which crashed BCH prices and decimated the company’s mining rewards.

Florida courts seem to be a hotspot for crypto-related lawsuits, as the Southern District Court of Florida resolved yet another case vital for the crypto industry. Court documents have shown U.S. Magistrate Judge Chris McAliley dismissed the lawsuit filed by crypto mining company UnitedCorp for lack of jurisdiction and a failure to state a claim.

According to an update shared by law firm O’Melveny, which represented Roger Ver and other individuals named in the lawsuit, the dismissal came after nearly four hours of oral arguments the week before.

The lawsuit marks an important milestone for the crypto industry, as it is the first antitrust case filed in the U.S. that involves cryptocurrency companies. O’Melveny called the trial “the first-of-its-kind.”

No evidence of collusion, but it’s not over yet

UnitedCorp accused nine defendants, including mining hardware manufacturer Bitmain, cryptocurrency exchange Kraken, Bitcoin.com, and their respective founders, of collusion during the Bitcoin hash wars. The lawsuit claims that they had broken several antitrust laws, including the Sherman Act and the Clayton Act, as well as exhibited negligence, negligent misrepresentation, unjust enrichment, and conversion.

The actions of the nine defendants have allegedly hurt both the investments and daily operations of the Florida-based company. According to official court documents, the collusion happened towards the end of the Bitcoin hash wars, where two Bitcoin offshoots, Bitcoin Cash and Bitcoin SV, competed to produce a longer chain.

The competition, which lasted over 11 days, ended when Kraken awarded the BCH ticker to the Bitcoin ABC chain. As Bitmain, Kraken, and Bitcoin.com have all actively supported Bitcoin ABC, the price estimation that followed the fork wiped out 50 percent of BCH’s price.

UnitedCorp claims this had caused “irreparable damage” to the company and its stakeholders. And while this marks the end of a year-long appeal process, the trial is not officially over yet. The company has until the end of February to submit an amended complaint.

The two largest Bitcoin mining pools, BTC dot com and Antpool, have lost a large chunk of their hash power over the crypto winter.