Is Tesla about to drop a bombshell by adding Shiba Inu as a payment method? 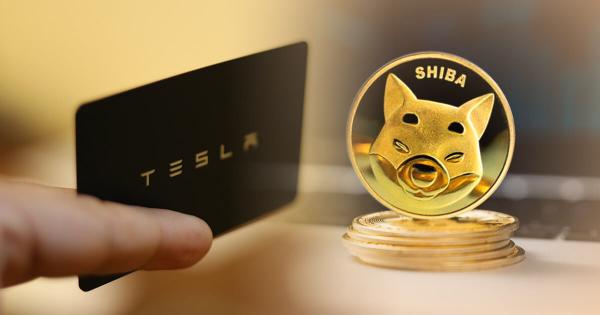 Shiba Inu investors might be in for some good news. Rumors are circulating that Tesla could be adding the controversial meme token as a payment option.

The rumor’s origin stems from an analysis of the Tesla website source code, in which $SHIB is shown as a payment type. However, there has been no official word from the EV firm about this.

Back in early February, when Tesla announced a $1.5 billion Bitcoin buy and its addition as a payment option, the leading cryptocurrency saw a 23% spike to the upside on the day. And some analysts say this event was the primary catalyst that drove Bitcoin to mid-April highs.

Might we see a similar spike for Shiba Inu if this rumor comes to pass?

Will $SHIB melt faces on a Tesla announcement?

Despite this stellar run of form, critics continue to drum the narrative that $SHIB is another flash in the pan that will soon crash to zero.

But, what are the chances of Tesla adding $SHIB? After all, $SHIB is an ERC20, which, considering the high and unpredictable gas fees of the Ethereum network, makes it a poor choice for payments.

What’s the evidence that Tesla is adding Shiba Inu?

As pointed out by Sawyer Merritt, the Tesla website source code shows Shiba Inu listed in the “inspect element” section during checkout.

Merritt admits that he’s unsure what this means, given that he has no coding experience. Also, as the co-founder of Twin Birch, a sustainable clothing line, Merritt has no professional background in cryptocurrencies.

“So it appears the Tesla website source code shows SHIBA (aka $SHIB) under the payment type section in the code when clicking ‘inspect element’ during checkout. It’s not live however. Since I am not a coder or anything, I’ll let ya’ll figure out what the heck this means lol.”

Nonetheless, web developer @hendcorp responded to Sawyer’s tweet, saying that everything looks legit having looked over the code.

“Hey mate. I’m a coder and from what I can see, seems like $SHIB is going to be part of payment gateway when you choose “Crypto” on the checkout process.

And the domain is also legit, the code is sitting on http://tesla.com.”

However, others are skeptical as the code states “SHIBA,” rather than Shiba Inu or its ticker SHIB. Based on the use of “BITCOIN” in the code, it’s logical to assume the coder would use “SHIBA INU,” if Tesla was planning to add Shiba Inu.