Vitalik Buterin, the founder and figurehead behind Ethereum, recently disclosed his cryptocurrency holdings, corporate investments, and other compensation in an act of transparency, likely to disclose any potential conflicts of interest he might have. 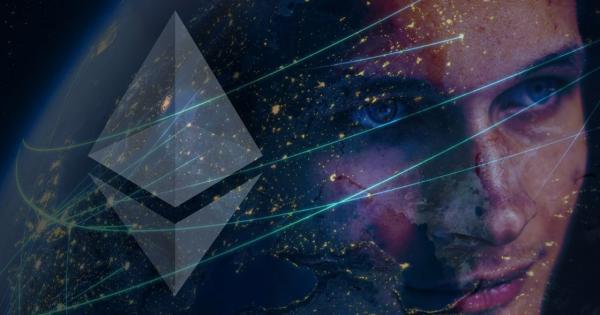 Vitalik Buterin, the founder and figurehead behind Ethereum, recently disclosed his cryptocurrency holdings, corporate investments, and other compensation in an act of transparency, likely to disclose any potential conflicts of interest he might have.

First, the majority of Buterin’s assets are, naturally, held in ether. Based on his primary wallet address, he holds at 350,000 ETH worth over $50 million at current prices.

That said, in a previous disclosure on Oct. 10th, 2018, on Twitter he stated “I also have some other addresses, but they’re quite small relatively speaking,” so his Ethereum holdings likely exceed the amount listed above.

His non-Ethereum-related holdings are as follows: Bitcoin (BTC), Bitcoin Cash (BCH), Dogecoin (DOGE), and Zcash (ZEC), worth less than 10 percent of his total ETH holdings.

His ERC20 and other Ethereum-related holdings are as follows: Kyber Network (KNC), Maker (MKR), OmiseGO (OMG), and Augur (REP), worth less than 10 percent of his ETH holdings.

Vitalik Buterin did not disclose a large number of airdrop tokens (similar to spam mail, these are coins given out to holders of certain cryptocurrencies as a marketing tool). Buterin’s tokens received via airdrop are worth more than $2,000 at current prices.

Based on an Etherscan of Buterin’s main wallet, his OmiseGO holdings total $40,000 at current prices. In another wallet that is also likely Buterin’s, there are holdings of $693,000 in Maker, $625,000 in Augur (Reputation), another $25,000 in OmiseGO, $25,000 in Kyber Network, and $11,000 in Trustcoin. The addresses of Buterin’s wallets were not disclosed in the statement, so the real figures may differ.

Clearmatics is a software and blockchain research and development company, stating that its mission is to:

“Build peer-to-peer infrastructure for a machine-driven future that is resistant to the monopoly-making tendencies of network effects inherent in today’s client-server architectures.”

Based on information from Crunchbase, Clearmatics was founded by Robert Sams and Vitalik Buterin and raised funding of $13.3 million. Understandably, the company has close ties to the Ethereum Foundation and is a member of the Ethereum Enterprise Alliance.

StarkWare Industries Ltd. is a software company that is attempting to solve the scalability and privacy issues around blockchains, which are “inherent problems,” according to the startup. The company raised $36 million according to Crunchbase.

Buterin did not disclose the exact amounts invested, nor is it clear how much equity he holds in either company.

Other Compensation and Potential Conflicts of Interest

Buterin also mentioned that he receives a salary from the Ethereum Foundation. He did not state his current salary, but in 2016 he commented that he was receiving $150,000 per year. That said, this number could have changed since then.

Finally, Buterin talked about his “non-financial” interests, including “friends in the ecosystem” represented by the previously mentioned projects and cryptocurrencies as well as ecosystem organizations including L4, Plasma Group, EthGlobal, EDCON, and some professional “cryptography and economics circles.”

Overall, Buterin supports greater transparency from other projects and leaders in the Ethereum community, stating:

These comments by Vitalik Buterin iterate his commitment to transparency and his conviction towards building the Ethereum ecosystem. Hopefully, other ICOs and blockchain projects will follow his example.

END_OF_DOCUMENT_TOKEN_TO_BE_REPLACED

Augur is a decentralized oracle and peer to peer protocol for prediction markets.