Tron's TVL rose to over $6 billion within the last 30 days, placing it behind BNB Chain with $8.8 billion and Ethereum with $71.3 billion TVL. 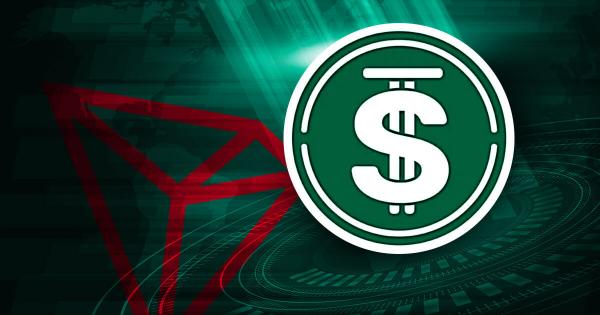 Tron has become the third-largest network by total value locked (TVL) in DeFi protocols a month after launching its algorithmic stablecoin, USSD.

The Justin Sun-led protocol saw its TVL rise to over $6 billion within the last 30 days, placing it behind BNB Chain with $8.8 billion and Ethereum with $71.3 billion TVL.

CoinGecko, a crypto data aggregator, identified the launch of its algorithmic stablecoin, USDD, as one of the reasons behind the massive rise in its TVL. USDD was launched on May 5, and its market cap is currently above $621 million.

Total value locked (TVL) in #TRON soars to $6B, surpassing the likes of Avalanche, Solana, and Polygon chain.

This is partially due to the growth of its algorithmic stablecoin $USDD, which recently crossed the $600M market cap.

This rapid growth has led to some drawing a parallel between it and the TerraUSD, which imploded last month. Before UST’s collapse, the stablecoin had reached over a $30 billion market cap.

Many believe the similarities between Tron’s USDD and Terra UST are evident as both are algorithmic stablecoins relying on market arbitrage to maintain their value.

Tron-based protocols also offer significant returns similar to what Anchor protocol offered on Terra’s ecosystem. JustLend, which holds most of the TVL, offers an APY of 23%, far above the 19.5% that Anchor offered.

Another protocol, SunSwap, offers users up to 64% when they stake USDD-TRX liquidity tokens. These high annualized returns have drawn users to these protocols. JustLend’s TVL went from $1.79 billion on May 1 to $2.98 billion on June 1.

Already, some critics have said that USDD will fail just like UST, with some saying it doesn’t qualify as an algorithmic token.

As far as I can tell $USDD is not an algorithmic stablecoin. The only interaction that the TRD members can do is to burn TRX to get USDD. I see no contract to go the other way, and no algorithm adjusting either mechanism, except that minting depends on oracle price of TRX

Meanwhile, Tron’s native token TRX has seen its value rise in tandem with the TVL. According to CryptoSlate data, TRX is trading for $0.08 after rising by over 24% within the last 30 days.

In a recently published blog post, Justin Sun revealed that USDD would be learning from the epic fall of Terra’s UST.

According to the post, USDD would always be over-collateralized by low volatile assets like USDT, USDC, Bitcoin, and other digital assets.

Sun continued that USDD’s supply would be sustained in phases. In the first phase, those who stake the algorithmic stablecoin will receive a fixed 30% APR, and it would be capped at 2B USDD.

In the second phase, those who choose to lock their USDD liquidity for a year would continue to receive high APR, while those who lock theirs for a shorter period would receive lower rates.

He concluded that USDD would expand to other blockchains as the industry grows. Presently, the stablecoin is active on Tron, BNB Chain, and Ethereum.