The SEC has filed a motion that looks to protect documents that show its former finance director, William Hinman, stated that Bitcoin and Ethereum were not securities. 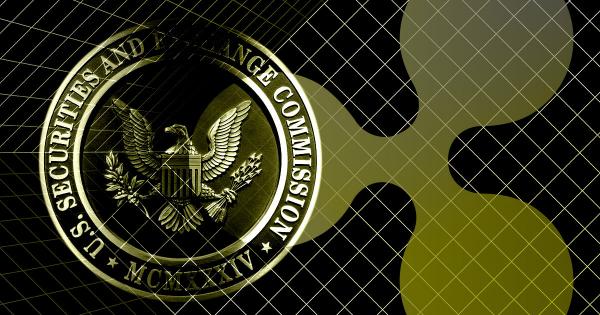 The United States Securities and Exchange Commission (SEC) is unwilling to produce documents that show its former finance director, William Hinman, stated that Bitcoin and Ethereum were not securities, according to a tweet from James Filan, a lawyer representing Ripple.

In a 2018 speech, William Hinman said that he doesn’t think that Ether sales would constitute the sale of a security.


Ripple had filed for the document containing this speech as part of its defense, but the SEC is banking on the “attorney-client privilege” to prevent the crypto company from getting it.

#XRPCommunity #SECGov v. #Ripple #XRP The SEC has filed a letter motion asserting the attorney-client privilege in connection with the Hinman speech. pic.twitter.com/nTxlOEFLzF

According to SEC’s motion

“The privilege applies because these documents, in whole or in part, reflect communications between Director Hinman and SEC attorneys requesting and providing legal advice about a matter under the SEC’s purview – when an offer or sale of a particular digital asset constitutes an investment contract and thus a securities offering as defined in the federal securities laws – and, correspondingly, what Director Hinman could say about this matter in the Speech.”

William Hinman holds a vantage position in the ongoing legal battle between the SEC and Ripple. The regulator has constantly sought to prevent the crypto company from getting access to either his emails or speeches, which some analysts believe would be detrimental to their case.

A nonprofit whistleblower organization, Empower Oversight, revealed over 200 emails relating to Hinman and alleged that the emails prove that there were issues of conflict of interest.

Per the mails, Hinman was warned against meeting with anyone from Simpson Thacher, a firm dedicated to promoting the commercial use of Ethereum —a warning he failed to heed. Apart from that, he was said to have met with the co-founders of Ethereum before he gave his now infamous speech of 2018.

This explains why the SEC has been reluctant to present Hinman for a deposition. According to the commission, Ripple’s request would provide a precedent that could lead to the testimony of top-ranking government officials.

A recent CryptoSlate report revealed that

“Ripple Labs executives and the SEC have agreed to extend the schedule of their case and delay hearings until the end of 2022.”