Polkadot surges 67% in the past week—what’s behind DOT’s rally?

Polkadot (DOT) has increased by over 67% in the past week as the best-performing top 100 cryptocurrency in the last seven days. 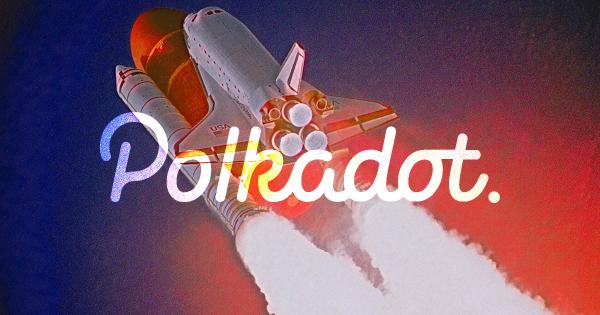 Polkadot (DOT) has increased by over 67% in the past week as the best-performing top 100 cryptocurrency in the last seven days.

There are two key reasons behind the immense rally of Polkadot. First, it broke out against Bitcoin, which likely led traders to increasingly accumulate DOT. Second, it is fundamentally improving as potentially the next major DeFi ecosystem.

DeFi as a whole is growing rapidly. Major investment firms within the crypto sector anticipate the total value locked in DeFi to reach $100 billion by the end of 2021.

The term total value locked refers to the amount of money that is actively used on DeFi protocols. Hence, if the TVL reaches $100 billion, it would mean that over $100 billion worth of capital has been deployed to DeFi platforms.

Polkadot is essentially a super network of many small blockchains called parachains. As such, it can scale better and it has a higher capacity than other smart contract blockchain networks, like Ethereum.

If the DeFi sector continues to grow, there would be enough room for Polkadot, Cosmos, and other blockchains to compete against Ethereum.

Bobby Ong, the co-founder of CoinGecko, said the DeFi market would likely see apps launching on Serum and Polkadot in 2021.

However, he said that it is hard to imagine other blockchains “gaining a foothold,” which would be beneficial for Polkadot. He said:

“We will see existing DeFi apps launching on other Layer 1 platforms like Serum & Polkadot. Hard for me to imagine any other L1 platforms gaining a foothold. We will see a multi-chain Metamask-like wallet making it easier to connect to multiple blockchains.”

“DeFi derivatives will become more popular and will be driven by the large number of long tail coins not traded by CEX. Futures, perpetual swaps, options pricing on DEX will become as competitive as its centralized operators.”

Since Serum and Polkadot both focus on scalability, DeFi derivatives on these two protocols could become more compelling.

How is the price trend of Polkadot looking?

Michael van de Poppe, a full-time trader at the Amsterdam Stock Exchange, said that Polkadot would likely be one of the strongest crypto assets next year.

The chart of DOT shows strong momentum and the trader said its bull run would likely push it towards $10. He said:

“Polkadot will probably be one of the strongest cryptocurrencies in 2021. Broke upwards and made an all-time high. This chart shows the levels to watch for potential dip opportunities before it continues its run towards $10.”

Following its breakout, DOT has continuously rallied, recording another 16% rally in the last 24 hours.

Bobby Ong is the co-founder of CoinGecko, an analytics platform for tracking cryptocurrencies and blockchain assets. Learn More