MicroStrategy buys the dip, adding 660 more BTC to its reserve

MicroStrategy has yet again defied the market downturn, adding another batch of Bitcoin to its reserves. 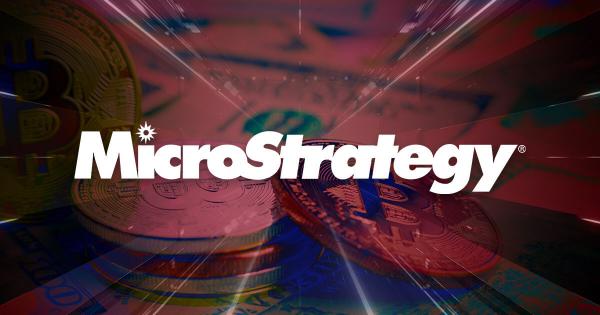 In its first major purchase of the year, MicroStrategy added 660 additional BTC to its reserves, which currently holds over 125,000 BTC.

According to the latest Form 8-K document filed with the SEC, MicroStrategy purchased 660 BTC between December 30th, 2021, and January 31st, 2022. The company paid $25 million for its latest purchase, at an average price of approximately $37,865 per Bitcoin.

The purchase marked the beginning of the Bitcoin for Corporations conference MicroStrategy announced last week. The virtual event will see the NASDAQ-listed company educate corporations and financial institutions on how to integrate cryptocurrencies into their operations.

If you are a corporation interested in integrating #bitcoin into your products, services or balance sheet, join us next week. You will hear from experts in bitcoin strategy, treasury, accounting, law, technology, trading, custody, payments, & banking.https://t.co/V9fIkv633q

The event, set to take place on February 1st and 2nd, will also explore the benefits of having Bitcoin on corporate balance sheets, its CEO Michael Saylor said on Sunday.

Aside from Saylor himself, other notable speakers at the conference will include Jack Dorsey, the co-founder of Twitter, Aubrey Strobel, the head of communications at Lolli, and Phong Le, the CFO of MicroStrategy, among others.

The first edition of the Bitcoin for Corporations conference was a resounding success. According to Saylor, last year’s event attracted more CEOs than any MicroStrategy event ever did.