The Hangzhou International Blockchain Week 2020, one of the largest blockchain and crypto conferences in China, put a heavy focus onto mainstream adoption, with influential figures from the industry discussing the ways hundreds of millions of users could be drawn to the space. 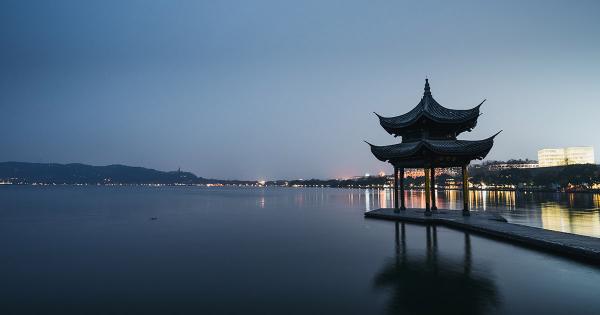 Photo by Alessio Lin on Unsplash

The Hangzhou International Blockchain Week 2020, one of the largest blockchain and crypto conferences in China, put a heavy focus onto mainstream adoption, with influential figures from the industry discussing the ways hundreds of millions of users could be drawn to the space.

The annual conference is organized by 8BTC, which is a leading Chinese blockchain publication.

The English speakers at the conference included Jeremy Allaire, the CEO of Circle, Messari’s Ryan Selkis, and Paul Hauner, the co-founder of Sigma Prime.

The road behind and the roads ahead

The Hangzhou International Blockchain Week is an annual event held in Hangzhou with the guidance of the local Chinese government. This year, which centered around the theme “Embrace the New Wave,” saw a slew of influential figures in the industry speak on the accomplishments of the industry and the roads that lay ahead.

Ryan Selkis, the CEO of cryptocurrency research company Messari, discussed DeFi and it’s potential. Selkis said that the DeFi space saw incredible growth in the past year, managing to become a multi-billion dollar market in a matter of months. While he acknowledged that it was a long and tiresome road, Selkis said that we could see a protocol-driven world in as little as 15 to 20 years if this kind of growth continues.

However, the term DeFi might be a bit misleading, he added, as most leading protocols are still very much centralized and would better be described as open finance than a decentralized one.

Drawing hundreds of millions to blockchain

Jeremy Allaire, the co-founder, and CEO of digital currency company Circle, delivered a speech where he discussed the three phases of global digital currency adoption. He explained that the first phase involved only building public blockchain infrastructures. The second phase, he said, is the one the industry is currently in, where stablecoins and various other DeFi assets are seeing their popularity surge.

The third phase, which Allaire believes will be a tipping point that brings about mass adoption, will enter into full force in 2021. This is where Allaire sees the potential for global stablecoins in the form of central bank digital currencies and other digital assets such as USDC.

Circle works closely with the regulators and as a result, it is a reputed stablecoin but it’s not censorship-resistant. Circle’s USDC recently came into limelight after it was noticed Circle blacklisted a USDC address.

Continuing the discussion about DeFi was Paul Hauner, the co-founder of Sigma Prime, and the lead developer on Lighthouse, an Ethereum 2.0 client. While Hauner spent a big part of his speech reflecting on the history of Ethereum and its second iteration, Ethereum 2.0, he offered the viewers a glimpse into the way it’s being developed.

He explained that the vast majority of engineering done on ETH2.0 is focused on phase zero of the blockchain, which contains the core proof of stake protocol, but doesn’t contain the shard chains. Hauner defended the engineers’ decision to focus on working on a testnet that can’t process transactions by saying that the launch of ETH2.0 needs to be done much more carefully than launching other chains.

“Ethereum already has a huge user base,” he said. “And as soon as we signal that ETH2.0 is ready, we’re very likely to see a massive influx of users.”

Hauner said that he estimates ETH2.0 might launch in November or December this year, despite the amount of work still left to be done.

Phemex is a Singapore-based and fastest cryptocurrency and derivatives exchange. Learn More