Is Nasdaq about to introduce Bitcoin?

It’s no secret that there is a growing interest among institutional investors for Bitcoin. 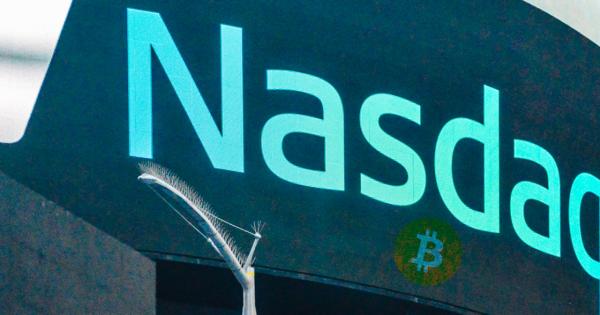 It’s no secret that there is a growing interest among institutional investors for Bitcoin. Just as the Intercontinental Exchange (ICE) is reportedly eyeing a BitLicense for its cryptocurrency exchange Bakkt, just a few months ago, Nasdaq launched Brave New Coin’s Bitcoin and Ethereum Liquidity Indexes (BLX and ELX).

Today, Nasdaq is back in the news on what appears to be the testing of bitcoin trading for some users on its exchange.

Cryptopolist, a quantitative analyst at StrongMarket.com, went viral after tweeting that he was able to purchase one Bitcoin through TD Ameritrade, a broker that offers an electronic trading platform that can be connected to Nasdaq. The analyst showed how Nasdaq began offering the BTC/USD pair for trades on Apr. 10, 2019.

BREAKING: BTC is now being traded on the Nasdaq! I bought one BTC through my TDAmeritrade account! According to the chart it started trading April 10, 2019!! Other digital assets are soon to follow!! ??? pic.twitter.com/1VgE1Whoa4

It was later confirmed that the trade was made using the paper trading platform and not the real one.

UPDATE: According to TDAmeritrade support – it's not a real trade in my account – it appears they are testing only using their Paper Trading platform. Support said "I'm not able to speak on it" -They did not know what CXERX is. Strange… But something is going on for sure! pic.twitter.com/gUxtHX0TNg

Cryptopolis contacted TD Ameritrade’s support team to question whether or not the bitcoin was trading on Nasdaq via CXERX, but support said they had no idea about what the symbol stands for and that it could be just an index. Sean B, a support specialist at TD Ameritrade, responded:

“I’m not sure what it is, never heard of it or seen it and the quote doesn’t pull on the live side.”

Charlie Lee, the creator of Litecoin (LTC), had also noticed the listing of Bitcoin on the TD Ameritrade platform.

Just saw that TD Ameritrade is testing both BTC and LTC trading on its brokerage platform. ? ? pic.twitter.com/TVo39oECeH

The mystery deepened after it was discovered that the BTC/USD pair was listed as CXERX, which some have speculated is a way to mask the listing while testing it on the platform.

Of course, the implication of Bitcoin being listed on Nasdaq is significant and would only help expedite the adoption of cryptocurrencies.

Jay Clayton, the United States SEC Chairman, has previously confirmed that bitcoin is not a security and that the agency is working on a regulatory framework for the cryptocurrency asset class. The Chairman explained that:

“[BTC] is like a currency. I mean it doesn’t have a sovereign backing so it’s different from sovereign currency. It’s designed as a medium of exchange.”

Although evidence suggests that Nasdaq is working on something, it is too early to assume that Nasdaq will be offering Bitcoin trades to the general public anytime soon. Efforts are still underway to bring the first Bitcoin ETF to the US market.

CryptoSlate reached out to Nasdaq, TD Ameritrade, and Cryptopolis and has yet to receive a response.

New York BitLicense could convince the CFTC to greenlight Bakkt