A development fund for Bitcoin Cash is seen by CNBC’s Brian Kelly as a possible catalyst for an upside breakout in price and the coin’s recent performance amongst a market-wide downtrend indicates strong support from the community. 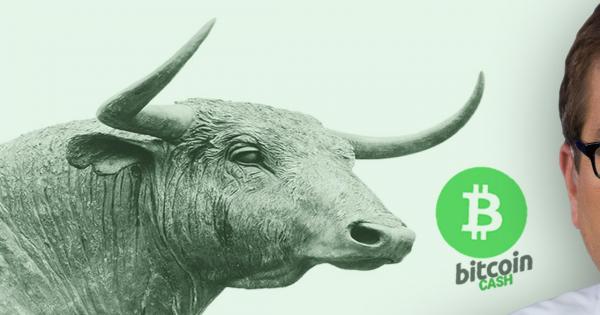 A development fund for Bitcoin Cash is seen by CNBC’s Brian Kelly as a possible catalyst for an upside breakout in price and the coin’s recent performance amongst a market-wide downtrend indicates strong support from the community.

As Kelly revealed on Monday edition of Fast Money, Bitcoin Cash miners met a few days earlier to discuss a proposal where a portion of mining rewards would be allocated to helping develop new functionality for the network.

By allocating development funds, the network is able to grow its value by providing new and novel solutions for potential functions by the community.

.@BKBrianKelly reveals why he thinks the #BitcoinCash rally is far from over and takes some tweets to answer questions about the cryptocurrency $BCH pic.twitter.com/s8EdYnZTQE

The meeting Kelly referenced was an event at the CoinGeek conference, in which leading members of the BCH industry including Roger Ver, Jihan Wu of Antpool and representatives of the Bitcoin.com pool met to discuss new development proposals.

The meeting representatives strongly agreed on the need to fund community proposed initiatives, with a 75% consensus needed for new proposals to pass, however — for the time being — there have been no agreed terms on what percentage of the block reward should be distributed to the fund.

As the CEO and Founder of crypto hedge fund BKCM, Kelly’s bullish support of the project has spurred on the community, touting BCH as a “must own digital currency of the moment.”

Kelly goes on to cite a BCH chart that shows continued support around the $1200 mark for the year, as well as upward trending price that was shown for the coin on Monday.

Support Wavers Alongside a Red Market

Since Kelly’s public support on Monday, the price of BCH dropped 6.56% over the 24 hour period with an overall 13% comparative drop for the week, currently hovering around $1100.

To date, Bitcoin Cash reached its highest peak of around $3800 in early December 2017 where it saw rapid short-term growth alongside the rest of the market.

The outlook for the coin remains strong as a recent hard fork increased the block size to 32MB and laid the groundwork for the network’s support of smart contracts through the partial utilization of BTC’s original “OP_RETURN”  function.

For more information on Bitcoin Cash, including price, market cap, and exchanges where it’s being traded, please see our Bitcoin Cash coin profile.