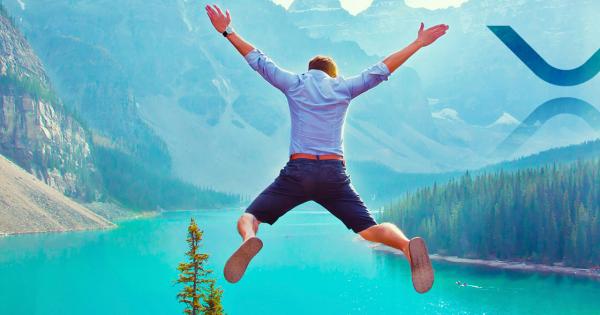 Driven by the highest trade volumes since July 10, the rally took XRP from $0.261 midday Monday to $0.313 by Tuesday morning, making it the best-performing asset of the top 10 by market capitalization, after months of lagging behind Bitcoin, Ether, and other top coins.

Are the bulls back in town?

XRP proponents may view the breakout as a resounding answer to months of mixed sentiment hanging over the payments-focused coin, centered around the actions of Ripple Labs, the company behind XRP.

To all Non-XRP holders, 30 cents is still cheap as hell for a hot asset like #XRP ?

News in August that the firm had been steadily upping its sales of XRP all year, for one, seemed to go down particularly poorly as the cryptocurrency sunk to its lowest low of the year, compelling more than 3,600 disgruntled individuals to sign a wry petition entitled “Stop Ripple Dumping.”

Around about the same time, a year-old lawsuit against Ripple alleging the status of XRP as an unregistered security was amended, reigniting many of the age-old concerns surrounding the cryptocurrency, the third-largest by market capitalization.

The SEC is bringing Thor's Hammer… The next #Bitcoin Law Review is gonna be epic… Come at me $XRP Army "of the Brain Dead" your scam coin should never have existed #Ripple Corp! pic.twitter.com/MX03F9QMqA

The mood of XRP investors seemed sufficiently gloomy to compel Ripple Labs CEO Brad Garlinghouse to defend the position of his company on Twitter, where he dismissed the sources of the concerns as “questionable” and assured the future of the cryptocurrency was bright.

I'm always struck by the questionable sources (i'm being generous here) spreading FUD about #XRP and @Ripple. Even more so over the last few weeks (Ripple's XRP sales, litigation etc)…. thus, I feel compelled to comment

But the tug-of-war that is XRP sentiment has been far from one-sided.

XRP bulls have held on particularly tightly to Ripple Labs’ recently announced partnership with MoneyGram, the second-largest money transfer service in the world, potentially the largest real-world usage case to date for the cryptocurrency as the firm utilizes XRP to settle cross-border transactions.

XRP could continue to see gains if Ripple Labs can increase the liquidity of its token via similar initiatives. As reported previously by CryptoSlate, the recently dwindling volumes seen in the XRP market make the coin’s price vulnerable to its steadily increasing circulating supply.