Tether simulates the 2008 economic crisis to asses what a bank run on the Tether portfolio would look like. 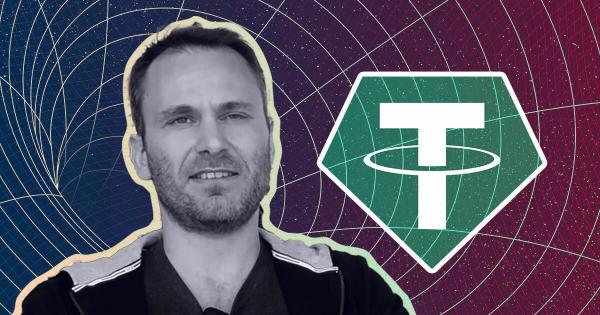 Tether is ready for whatever the economic climate throws at it,  Chief Technical Officer Paolo Ardoino told CryptoSlate at the Paris Blockchain Week Summit.

In this exclusive interview, Ardoino explained how Tether has reduced its commercial paper debt with U.S. Treasuries and assessed the viability of its portfolio on a weekly basis. Tether runs simulations to evaluate whether it will be able to honor redemptions even in a scenario similar to the global economic crisis of 2008.

Ardoino said Tether has never refused a redemption request and he believes that the company’s stablecoin team is the “best.” He added:

“We take into account the worst moments in the history of finance… when we have to simulate what a bank run situation would look like on a Tether portfolio.”

Ardoino explained how the recent hike in interest rates in the U.S. has encouraged Tether to reduce its commercial paper holding by 30% and replace them with U.S. treasuries.

The company’s commercial paper holdings have been the subject of much debate within the community as some theorized they might relate to Chinese real estate businesses. The reduction in commercial paper, which is said to be a “cash equivalent,” will likely be good news to many Tether skeptics.

U.S. treasuries are held by foreign nations such as China, Japan, and the U.K., as well as by mutual funds, pension funds, insurance companies, and other state and government accounts. They are seen as very safe assets since the likelihood of the U.S. defaulting on its debt is low with a AAA credit rating.

S&P Global also warns of further reductions in the rating if “unexpected negative political developments weigh on the resilience of American institutions or jeopardize the dollar’s status as the world’s leading reserve currency.”

Ardoino states that should the US continue to print money, then hypothetically:

The USDT / dollar peg will be honored even if the U.S. goes into hyperinflation. Ardoino said that a hedge against the dollar is not to hold USDT but instead hold either Tether Gold or Bitcoin.