While crypto is on a trajectory to become an integral part of everyday life, holidays are about to become important events for the blossoming market. 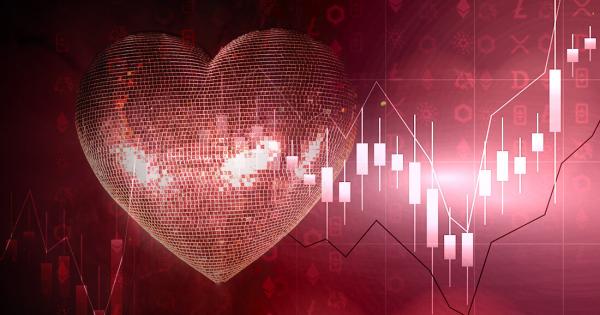 The majority of crypto enthusiasts will agree–with cryptocurrencies hitting the mainstream, the moon could be the limit for the prices of some of the most widely adopted assets, such as Bitcoin.

However, mainstream adoption is not only implying broader demand and higher prices–it also expands the marketing playfield for crypto platforms that are venturing into new demographics.

Attracting floods of newbies while keeping old users implies stepping up the game when it comes to marketing campaigns and there’s no time like holidays to shine and gain some attention.

While the National Retail Federation projected American shoppers to spend $23.9 billion on the most romantic holiday this year, a recent Self survey, uncovered that roughly 4% of all Valentine’s Day gifts may end up being cryptocurrencies.

According to the fintech company, in the name of love, Americans alone are projected to pour around $1 billion into the crypto market this Valentines day.

Last year on February 14, the price of Bitcoin was at around $48K, and today, exactly a year later, the largest cryptocurrency by market cap is trading around $42K–down 12% year-to-year.

After beginning the year above $47K, the price of Bitcoin lost more than a quarter of its value as January unraveled, and the cryptocurrency revisited the $33K territory.

As February took off, the price pumped 18% and managed to break the psychological level– trading north of $45K last week, however, Valentine’s Day shoppers weren’t enough to support the upward trend.

Still, this Saturday saw the highest number of active addresses (1.08M) recorded in 2022, pointed out Santiment on Twitter.

According to crypto analytics firms, “the uptick in participants transacting on the Bitcoin network is a nice sign of increased utility, a predecessor to price rises.”

📊 #Bitcoin had a mild decline over the weekend, but Saturday was the highest amount of active addresses (1.08M) recorded in 2022. The uptick in participants transacting on the $BTC network is a nice sign of increased utility, a predecessor to price rises. https://t.co/37X2TtYk5S pic.twitter.com/ZP0vrgm5KB

It’s maybe far-fetched to say this could be connected to Valentine’s Day shoppers, but one thing is certain–as mainstream adoption continues unraveling, major holidays stand to make bigger marks on crypto price charts.

Talking about price volatility brings us to DeFi. Often overlooked by newcomers swayed by high yield opportunities, impermanent loss is a major risk that accompanies providing liquidity to dual-asset pools in DeFi protocols.

During the past year, blockchain games and NFTs surpassed the DeFi sector which exploded in 2020.

However, the sector which was just a niche before the infamous DeFi Summer is continuously being reinvented by new protocols, as well as some of the veterans from the 2017 ICO mania.

Launched five years ago, Bancor is definitely one of the major DeFi players–defining trends from the get go–including introducing the first automated market maker (AMM) in 2017.

So, let’s talk about all the good things, such as yield returns, and all the bad things, primarily impermanent loss, liquidity providers (LPs) are navigating through.

Responsible for wiping out billions in crypto gains yearly, impermanent loss implies a loss of funds experienced by LPs because of volatility in a trading pair.

Minted on Polygon, the collection features 1,500 NFTs with varying levels of rare attributes.

“Staking in DeFi liquidity pools is not a passive income strategy. It is a risky trading strategy that can lead to heavy losses. Bancor is the only DEX offering token holders and DAOs real passive income through its novel Impermanent Loss protection model. The DEXLoverz collection aims to bring awareness of Impermanent Loss to DeFi users and remind them there’s a safe way to stake at Bancor,” explained Nate Hindman, Head of Growth at Bancor.

According to the announcement, in 2021 alone, with APRs up to 60%, LPs earned over $250 million on Bancor in tokens like ETH, WBTC, LINK, MATIC, SNX and more.

Airdropped on Valentine’s Day as a surprise, the condom NFTs are intended to urge LPs to protect the tokens they love and practice safe DEX–with recipients including active users in Bancor’s DAO, as well as users who have suffered extreme cases of impermanent loss among popular AMMs like Uniswap, Sushiswap, and Balancer.

Chances are some of those Valentine’s Day crypto gifts are going to end up in liquidity pools. Just saying… 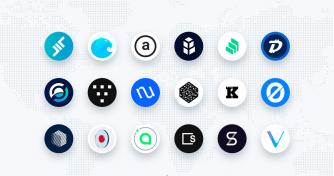 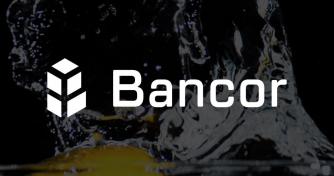