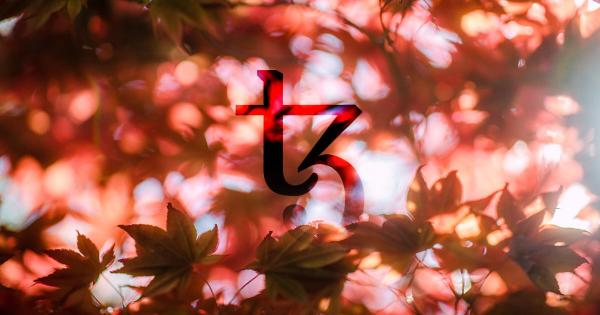 Tezos has been the rising star of the crypto market in 2019 and 2020, with its insane uptrend in recent months only being rivaled by that seen by Chainlink – which was also able to set fresh all-time highs earlier this year.

The intensity of this uptrend is showing no signs of slowing down either, as each pullback is met with a significant amount of buying pressure, with many analysts noting that significantly further upside in the months ahead is within the realm of possibility.

One interesting factor that could be helping to drive this growth is the increasing utility seen by the crypto, with the latest example of this being a new form of tokenized real estate that is being brought to the Tezos blockchain.

At the time of writing, Tezos is trading up 1.5 percent at its current price of $2.32, which is around the level at which it has been trading at in the time following its recent rally.

Although sellers were able to push it off its highs of $2.37, this is only a slight retrace while considering that it is currently up from weekly lows of $1.85 that were set this past Wednesday.

The strength of XTZ’s macro-uptrend shouldn’t be underestimated, and some analysts are now noting that all of its pullbacks are great entry opportunities due to its macro strength.

One popular pseudonymous trader who goes by the name “Loma” offered this sentiment in a recent tweet in which he noted that a “solid entry is opening up” during all potential near-term pullbacks.

“XTZ: Solid entry opening up here on any pullbacks we get.”

This tempered bullishness comes on the heels of the crypto’s recent break above a massive resistance level against its Bitcoin trading pair that can be seen while looking towards the below chart.

One interesting fundamental development that recently took place is the migration of $300 million in real estate to the Tezos blockchain.

As was first reported by CoinDesk, Vertalo – a digital transfer agent – and an alternative trading system called tZERO are teaming up to tokenize a small portfolio of top-tier properties worth a cumulative total of $300 million.

These tokens will be based on the Tezos blockchain, through which investors can trade and transfer the tokenized assets.

It is critical that Tezos continues building fundamental utility that matches the massive growth seen by its price, as a discrepancy between the two could ultimately result in it seeing some negative price action.

Tezos is trying to reach a settlement in a class-action lawsuit that has been dragging since 2017.