The Strike Wallet gets off to a positive start in Argentina, fueling speculation that the country may be next to legislate Bitcoin as legal tender. 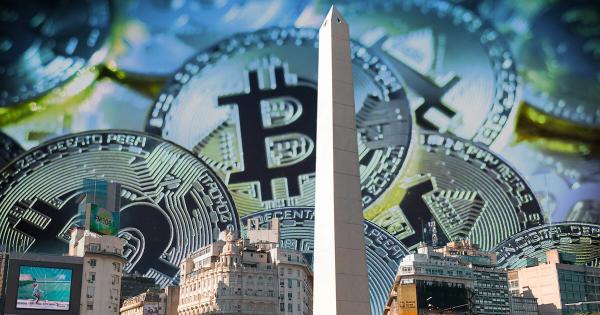 CEO Jack Mallers took to social media today to update on its progress. He said the Strike Wallet is now the number one new app, number five financial app, and number thirty-sixth overall app in the country.

Less than a week since our launch:

The best monetary network in human history is here, it's open, and will disrupt the world quicker than anyone thinks.

Speaking to CNBC last week, Mallers reiterated his stance on Bitcoin as a financial disruptor by calling out the Fed’s loose monetary policy.

On the trillions printed over the last two years or so, Mallers says this is directly responsible for the economic situation we now face. Taking that into account, Bitcoin, not NFTs or gold, is the only thing we can rely on to protect ourselves from what’s coming.

“The Fed and the government said a lot of things that were lies. What do you want to do? Do you want to start trusting them now? No chance. It’s really quite ridiculous, the Federal Reserve has perverted risk tolerance across all assets, no one knows the cost of anything and it’s really jeopardized the middle and lower class in particular…”

The case for Bitcoin in Argentina

What’s already here is higher prices. And perhaps hyperinflation down the line, given the Fed’s reluctance to raise rates in accordance with the reported 7% U.S inflation rate.

This is a story all too familiar to Argentinians, who’ve been living with high inflation since the early 2000s.

Mallers states Strike’s expansion plan into Argentina was driven by the dire situation faced by locals. By providing near feeless Bitcoin transactions via the Lightning Network, Argentinians now have the choice to opt-out of the chaos.

Argentina is plagued with a history of economic turmoil and uncertainty.

Inflation will reach 55% this year.

GDP will contract by 12% this year.

There have been 8 currency crises since the central bank was founded.

Half the population is already living in poverty.

And given the Strike Wallet’s uptake over last week, it appears as though many are going this route.

Is Argentina next to legislate BTC as legal tender?

The question is, which countries will make the jump next?

Speculation seems to focus on the Latin American region, and with Strike moving into Argentina, is this a case of 1 + 1 = 2?

On that, Mallers refuses to be drawn into naming a country; instead, he said his primary focus is on improving the world.

“I’m not a government consultant. I’m here to change the world and push our species in a direction that I think will make the world a better place.”