Russian government agencies are yet to agree on whether crypto should be regulated or banned. 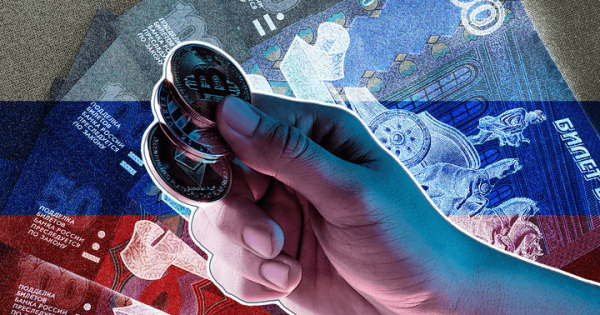 Russia’s minister of industry and trade, Dennis Manturov, believes it’s only a matter of time before crypto becomes a means of payment in the country, Reuters reported.


Manturov made the statement at a forum in response to a question about whether crypto could become a legal means of payment, the report said.

The question is, when this happens, how it will be regulated, now that the central bank and government are actively working on it. But everyone tends to understand that… sooner or later this will be implemented, in some format or other.

Russian agencies disagree on crypto use

Russia has been discussing crypto use for several months now. Before it invaded Ukraine on February 24, the finance ministry had sent a legislative proposal to legalize cryptocurrencies.

While several government organizations agree with the decision to regulate the industry, the Central Bank of Russia disagrees and has called for a blanket ban on the industry.

The differences between the central bank and the Finance Ministry are the leading cause behind delays in regulating the industry. Russian President Vladimir Putin recently advised both to reach a compromise.

Manturov’s statement suggests that the ministry of finance and the central bank have finally reached a compromise that benefits everyone. The On Digital Currency Bill is currently up for discussions and could bring in crypto regulations.

Additionally, it may not allow all kinds of cryptocurrencies. Only digital tokens that do not have an obligated person will be accepted, which means fiat-backed stablecoins such as USDC and USDT may be unacceptable.

It has also been revealed that Russia plans to issue a central bank digital currency. According to available information, the country “plans to have a “digital” rouble capable of making international payments ready by next year.”

Crypto’s legal status in other countries

While the Russian government and its agencies are yet to decide on the legal status of crypto in their country, other countries worldwide are taking a more proactive approach toward regulating and adopting the industry.

El Salvador’s President Nayib Bukele recently revealed that he met with 44 financial authorities from Africa, Latin America, and Asia to discuss financial inclusion and how his country benefits from its Bitcoin adoption.