Report: Europeans are increasingly aware of crypto and are planning on owning more of it 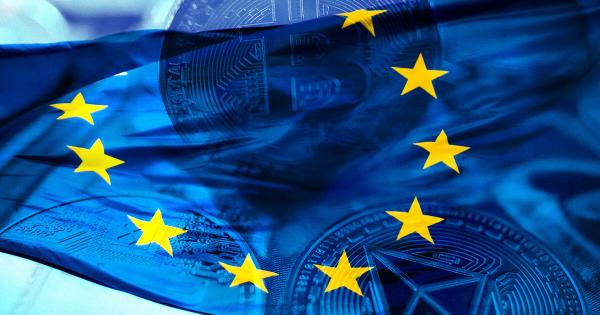 The latest survey conducted by Coinbase revealed that the U.K. holds the second-highest level of cryptocurrency awareness in Europe.

Using Qualtrics, an independent research firm, Coinbase surveyed over 8,000 consumers across Europe to gain a better understanding of how aware its residents are of cryptocurrencies.

In a bid to capture a bigger part of the European market, Coinbase researched the sentiment Europeans had towards cryptocurrencies. Surveying 8,000 people across various markets revealed not only that there’s a high degree of crypto awareness among Europeans, but that they’re actively planning on owning more of it.

Coinbase’s research also found a positive correlation between familiarity with cryptocurrencies and investment in the asset class.

“As consumers gain a better understanding of the digital currency, they are increasingly inclined to buy more of it,” the company concluded in the report.

Out of all the Brits that invested in the asset class, over 54% plan on increasing their holdings in the next years. While these might not look like revolutionary numbers, it’s important to note that investors in the U.K. are pretty new to crypto. The survey found that over half of those who purchased cryptocurrencies in the country did so either in 2019 or later.

When it comes to other European countries, the numbers remain similarly high. The Dutch take third place when it comes to industry awareness, with 64% of the Dutch saying they’re familiar with cryptocurrencies. Germany and Italy stand at 60% and 58%, respectively, while France holds a similar amount of awareness at 56%.

And while these numbers show Europe is a promising crypto market, Coinbase believes that more education around digital currencies is needed. The company said it will ramp up its efforts to educate European consumers about the industry and enable them to profit from the market in a safe and responsible manner.