Controversial figure Alex Jones, who was once dubbed America’s leading conspiracy theorist, claims to have lost a laptop containing 10,000 Bitcoin. 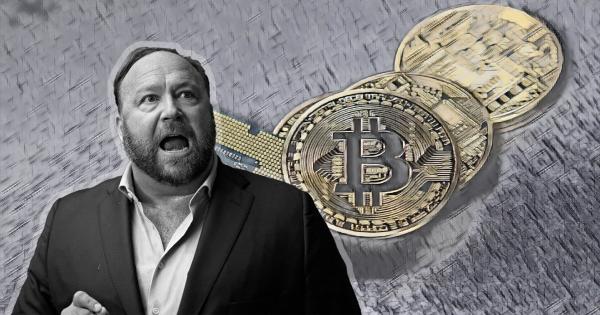 Controversial figure Alex Jones, who was once dubbed America’s leading conspiracy theorist, claims to have lost a laptop containing 10,000 Bitcoin. Following Bitcoin’s renaissance this week, that would equate to a value of $560mn at today’s price.

Speaking on the Flagrant 2 podcast, when the host broached the topic of crypto, Jones initially feigned ignorance. But then immediately enticed the audience by saying, “do you want the secrets?”

In answering the calls for yes, he responds by claiming, “Bitcoin is totally controlled.” Jones continues by bringing RT host Max Keiser into the story. Adding it was Keiser who gave him the laptop containing the 10,000 Bitcoin.

“I’m at Bilderberg, north of London, wherever that town was ten years ago, and Max Keiser comes up to me and said I have 10,000 Bitcoins for you. This is the future, it’ll be the new global currency…”

However, other than saying, “I lost the laptop,” he gave no further details on the events surrounding the loss of the laptop.

The kicker happened when Jones said he thinks aliens invented and run the Bitcoin network. Going further, he claims that “we [humans] were made by the aliens.”

Is there any truth behind the claims?

A Bilderberg meeting took place in Watford, North London, on June 8 & 9, 2013. Jones is documented there at that date. Similarly, records exist that corroborate Jones’s claim that Keiser was also present in Watford at that time.

However, there is no verifiable evidence that a laptop containing 10,000 Bitcoin was handed to Jones by Keiser. Also, the lack of detail on how the laptop was lost is further cause for skepticism.

The origin story of Bitcoin’s creation is shrouded in mystery. To this day, over a decade on, details of who Satoshi Nakamoto is and where he still remains unknown.

Several years ago, some researchers were claiming that the National Security Agency (NSA) created Bitcoin.

Their evidence came by linking Bitcoin’s SHA-256 secure hashing algorithm to the alphabet agency. SHA-2 cryptographic hash functions were designed by the NSA and first publicized in 2001.

But this is still a somewhat tenuous link. It’s common practice for cryptocurrency projects to use existing technologies. For example, Cardano’s Plutus and Marlowe smart contract languages are derived from Haskell.

Haskell 1.0 was invented in 1987 by Philip Wadler and Stephen Blott. Neither of these two individuals has any ties with Cardano. IOHK CEO Charles Hoskinson said that Haskell met his programming language requirements; namely, it’s a functional language. The main advantage of which is a more resilient code that’s resistant to exploits/bugs.

Sadly, ruling out the NSA still leaves aliens in the mix. However, Jones did not elaborate on why he believes this. 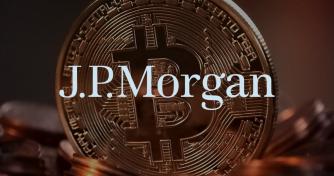 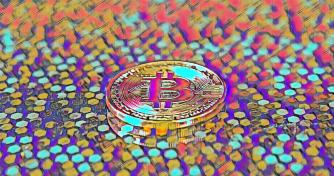 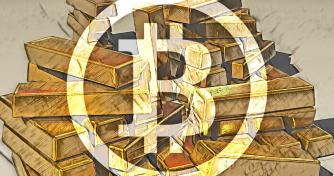