Would a Bitcoin Slump Actually Affect the Stock Market? 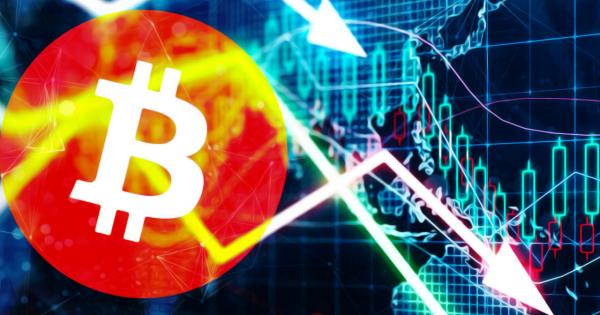 Bitcoin is enduring a little bit of a “slump.” Of course, it’s all relative.

The digital currency was valued at less than $11,000 on December 1st, but it quickly accelerated and achieved all-time highs around $20,000. It was a brief euphoria for Bitcoin holders.

An unexplained market correction occurred just before Christmas, and the price of Bitcoin dropped under $14,000. The price quickly recovered, but it dipped again on fears that the South Korean government would regulate or impose an outright ban on cryptocurrencies.

It received a brief boost from a Wall Street Journal report that early Facebook investor, Peter Thiel and his venture capital firm – Founders Fund, has invested $15 million to $20 million in Bitcoin. However, for the last several weeks, Bitcoin’s price has been somewhat stagnant by its standards.

Bitcoin’s price stagnation may be impacting more than just crypto enthusiasts. In an interview with CNBC, Chris Harvey – head of equity strategy at Wells Fargo, said:

“There is a significant amount of froth in the crypto markets. We do think that if that froth comes out, it will spill over.”

In other words, there is concern that Bitcoin is in a bubble. This fear is often amplified when Bitcoin endures a price reduction. When the market dipped before Christmas, the internet was replete with pundits and influencers declaring that the Bitcoin bubble had finally popped. With so much money being rapidly invested in an unproven asset, these concerns are not irrational.

“A Bitcoin crash could hurt the confidence of retail investors.”

As cryptocurrencies attract the attention of more mainstream investors, there is growing concern about the impact that one market may have on the other. Crypto markets are mostly unregulated, and they are known for their wild price fluctuations.

Wall Street executives are concerned that investors will pull their investments from the stock market to invest in crypto related assets. In that case, a downturn in crypto markets would have a profound impact on the stock market as well.

Fortunately, the effects of a crypto-market downturn would be minimal at most. Although it boasts a market cap of over $760 billion, it is just a small fraction of the S&P’s $24 trillion cap. A direct comparison between the two is inappropriate, but it’s also not too soon to begin determining the correlation and relationship between the two markets.