Crypto.com emerges as a serious rival following its big money deal to secure the naming rights to the Staples Center. 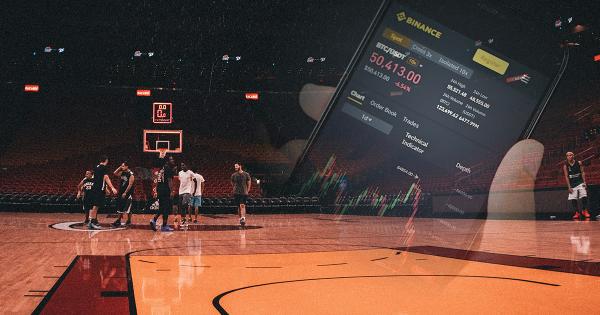 Photo by Andre Tan on Unsplash

Some attribute this to the aggressive big money sports marketing campaigns from the likes of Crypto.com and FTX of late. But in reality, losing market share is a multi-faceted issue and likely the result of many factors.

It’s been around five months since global regulatory bodies, including the UK’s FCA, Singapore’s MAS, and Thailand’s SEC, began their crackdown against Binance. While this seems to have died down, that episode was undoubtedly still harmful in terms of damaging the exchange’s reputation.

How did Binance respond to the crackdown?

Since then, in an attempt to limit the damage, Binance has responded in several ways. This includes shoring up its international compliance team and board with new hires suitably experienced in regulation.

As well as establishing physical headquarters, with Ireland recently named as one of the locations to set up base. But more headquarters are to follow, with Binance CEO Changpeng Zhao saying the firm is in the process of setting up a few headquarters in different parts of the world.

Regulators said the lack of a physical headquarters was problematic in that legal complaints had no address with which to file paperwork.

Speaking to Bloomberg recently, Zhao conceded that international regulatory bodies are approaching crypto with different degrees of caution. But, he remains upbeat that this hasn’t significantly impacted global adoption rates.

“I think right now, crypto is about 5% adoption globally, population-wise, so out of eight billion people probably 400, 500 million people have it. It’s not a small number, it’s probably bigger than the fourth largest country in the world.”

As for adoption going forward, Zhao said mass adoption isn’t here yet, citing 20, 50, 80 percent as more fitting of the term. Nonetheless, he sees mass adoption coming over the next five to ten years.

Rival exchanges go for sports marketing in a big way

The 20-year, $700 million deal is widely tipped as a watershed moment in terms of raising the profile of Crypto.com and cryptocurrency in general.

Dallas Mavericks owner Mark Cuban, an influential figure in cryptocurrency, called the deal “a brilliant idea.” Adding that crypto companies are on a roll of late.

Incidentally, Crypto.com’s CRO token is one of the few top 100 coins in the green today, currently up 6% in the last 24-hours.

Meanwhile, it will be interesting to see if Binance responds by following a similar path. But in any case, users stand to benefit from healthy competition.