Binance will roll out support for Alipay and WeChat, potentially providing a fiat on-ramp for over a billion people. 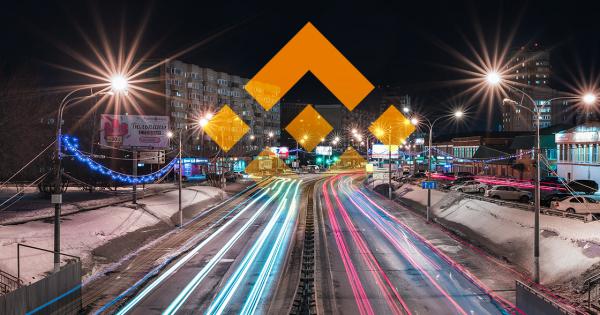 Binance will roll out support for Alipay and WeChat, potentially providing a fiat on-ramp for over a billion people. The feature will help Binance make strides in China after it launched a peer-to-peer trading platform in the country.

Obtaining cryptocurrencies in China, where crypto exchanges have been banned since 2017, just became a lot easier. Binance, one of the largest cryptocurrency exchanges in the world, launched a peer-to-peer trading feature.

The feature, which rolled out on Oct. 9, will enable users to trade BTC, ETH, and USDT against the Chinese yuan (CNY). While the service is currently only available to Android users with accounts older than 30 days, it will soon roll out to iOS and desktop.

And, those looking to trade cryptocurrencies against the yuan will be able to do so via WeChat and Alipay, two of the biggest payment providers in China.

A fiat on-ramp for over a billion users

Tencent’s WeChat, which enables users to send and receive payments, had more than 1.1 billion active monthly users as of June 2019. According to Chinese research company Trustdata, Alipay had 608 million monthly active users earlier this year. All of these users could now, in theory, use their Alipay and WeChat accounts to purchase cryptocurrencies.

However, Binance is not directly affiliated with either one of the companies. Both platforms have been cracking down on crypto trading by terminating accounts they suspect are involved in buying coins.

Binance’s CEO Changpeng Zhao said that, instead, users on the Binance P2P platform will be able to accept WeChat and Alipay transactions from other users looking to buy or sell cryptocurrency. 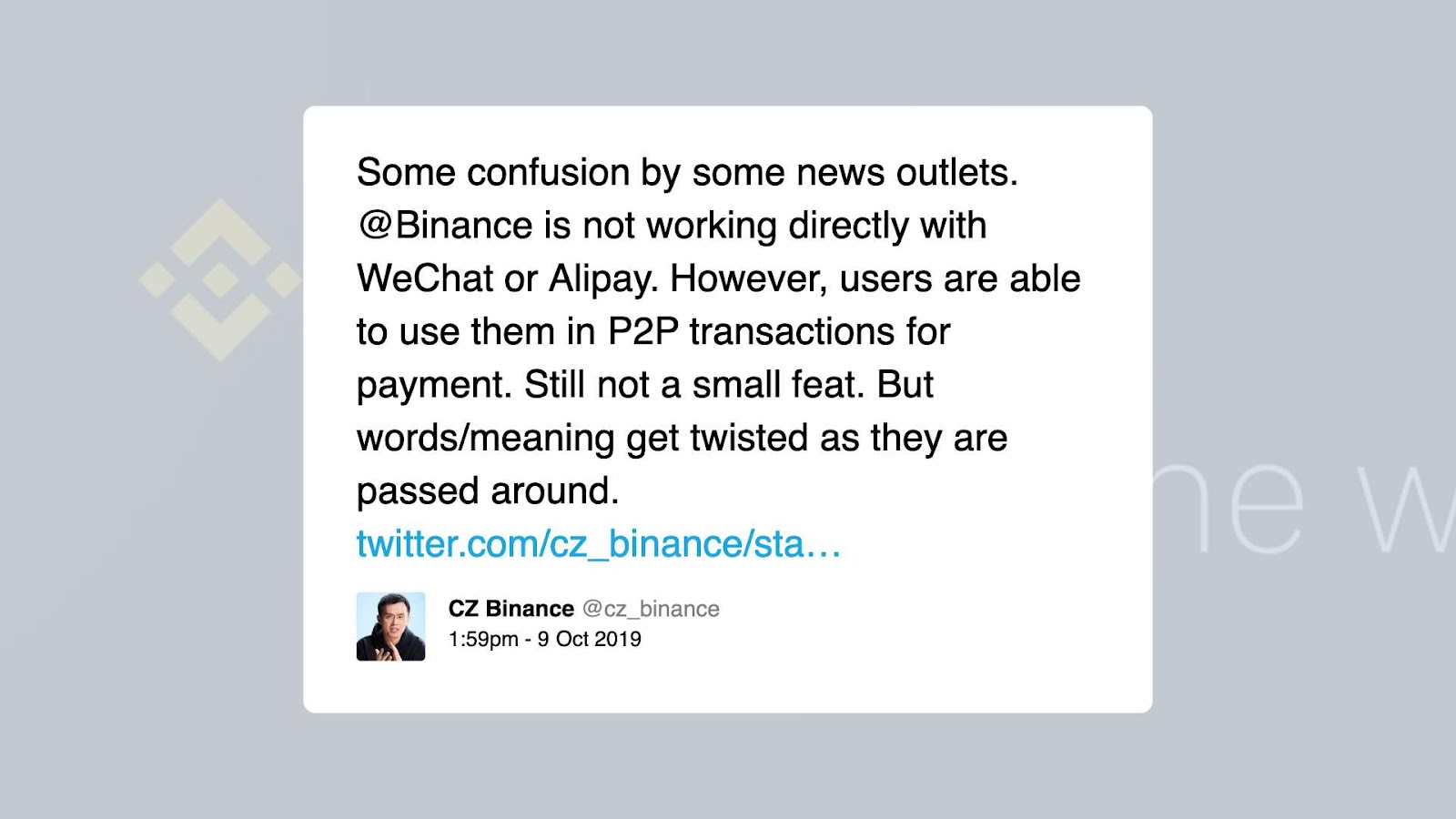 Yet, despite the overwhelming support the announcement received on Twitter, many users pointed out that Binance hasn’t been unblocked in China. This means that only users with VPNs can access the company’s P2P marketplace, which could put accounts in danger of being monitored by Chinese authorities.

Nonetheless, the exchange’s native cryptocurrency, Binance Coin, surged after the news broke, rising 9.7 percent in a matter of hours.