Avalanche (AVAX) spikes to enter the top ten, what’s behind the move?

The Ethereum competitor continues to gain ground following the announcement of a major deal plus increasing scarcity of its AVAX token. 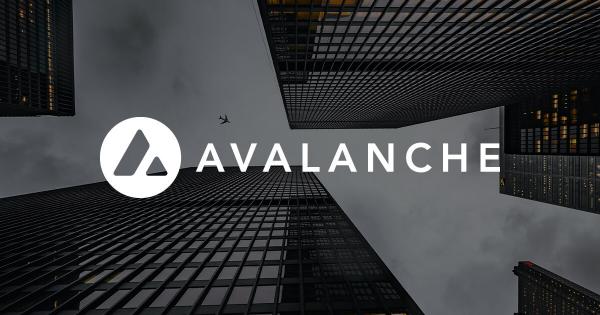 Avalanche (AVAX) defies the broader crypto market sell-off, hitting a solid run of form in which it briefly touched $150 on Binance, a new all-time high.

However, profit-taking saw AVAX give up most of those gains, closing Monday’s daily candle at $135. Nonetheless, the Ethereum-rival still entered the top ten by market cap; as a result, displacing Dogecoin in the process.

But what’s behind AVAX’s soaring price?

According to Bloomberg, in conjunction with professional services network Deloitte, Avalanche has secured a deal to do with U.S disaster relief funding.

Deloitte’s Government Crisis Management Services is built to help governments handle disasters. They chose the Avalanche blockchain to build its Close as You Go service, and this service simplifies disaster reimbursement applications for victims of natural disasters by aggregating and validating documentation.

The Avalanche blockchain will enable a transparent and cost-effective solution to reduce waste. The process intends to accelerate recovery in areas hit by natural disasters by bringing greater organization of documents and managing operations remotely.

Commenting on the deal, Jonathan Cheesman, the Head of Institutional and OTC sales at FTX, said it highlights the demand for cheaper, more efficient Ethereum competitors. He added that:

“There’s a huge wealth effect and a lot opportunistic and mobile capital.”

In a further bout of good news for Avalanche investors, the firm announced on Monday that it had burned over 400,000 AVAX tokens since launching in 2020, around $55 million in fiat terms.

A link to the live burning currently shows 418,792 AVAX burned. As a policy, the team decided to burn all fees, meaning this figure will continue to rise as the token is used.

The act of burning tokens removes them from the available supply, therefore increasing scarcity. In theory, this process should boost the token price if demand stays constant.

While there’s no shortage of Ethereum competitors, Avalanche demonstrates that greater scalability and a focus on DeFi remain important considerations to the market.