XRP plummets to $0.24 as analysts watch for capitulatory move to 2020 lows

XRP, like many other major altcoins, has caught the brunt of Bitcoin’s recent downturn, with the embattled crypto plummeting from its recent highs of $0.35 all the way down to its current price of under $0.25. 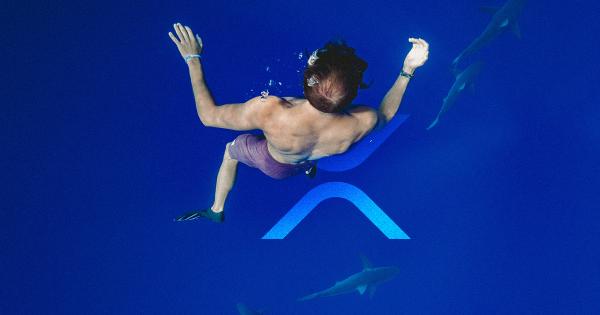 XRP, like many other major altcoins, has caught the brunt of Bitcoin’s recent downturn, with the embattled crypto plummeting from its recent highs of $0.35 all the way down to its current price of under $0.25.

This intense selloff has led to a degradation of nearly all the technical strength that had come about as a result of its recent rally, and it now appears to be at risk of seeing a further near-term downside.

Multiple top analysts have shared their thoughts on XRP, noting that the crypto could soon revisit its year-to-date lows, as this may be where it has enough buying pressure to halt its ongoing downtrend.

The past few days have been rough for the aggregated cryptocurrency market, with Bitcoin’s recent rejection at $10,000 sparking a selloff that appears to have reached a boiling point tonight as BTC moves towards $9,000.

This movement has led to chaos amongst altcoins, with virtually all major cryptos shedding over 5 percent of their value over the past 24-hours, while many post losses of 10 percent or more.

XRP is no exception to this, as it is currently trading down over 8 percent at its current price of $0.248, which marks a massive decline from daily highs of over $0.27.

Calmly, a cryptocurrency trader on Twitter, spoke about XRP in a recent tweet, explaining that it doesn’t have any notable support until roughly $0.21, meaning that it could see significantly further near-term losses.

Immense bearishness could lead the token to its yearly lows

Although Calmly believes that XRP may be able to find enough buying pressure to halt its downtrend around $0.21, other analysts are eyeing a revisit to its yearly lows against its BTC trading pair.

TraderXO, another well-respected crypto trader and analyst, spoke about this in a tweet, telling his followers that he anticipated XRP to severely underperform Bitcoin in the near-term.

“XRP update: Close below yearly open – then it’s quite possible this might go for the lows before a spring back up – and possibly play out a wyckoff accumulation 1 – scenario. Hold the yearly – and I’ll start building.”

Unless Bitcoin posts a swift rally that leads it to recapture its previous position above $10,000, it is highly likely that altcoins like XRP will see significantly further near-term losses before finding any notable support.

Since the first week of January, XRP has increased by about 50 percent against the USD. 2 min read

XRP and Ethereum, two of the largest cryptocurrencies in the industry by market capitalization, could soon be interconnected and interoperable. 2 min read

In comparison to other leading altcoins like EOS, Cardano (ADA), and Ethereum, XRP is still lagging behind bitcoin even after an 80 percent rally against the USD since the first week of January. 2 min read