Why insurance is needed for DeFi, and what it looks like

As revolutionary as DeFi may be, vulnerabilities will continue to hinder adoption. Insurance is one way to bypass this issue, with a number of options already available. 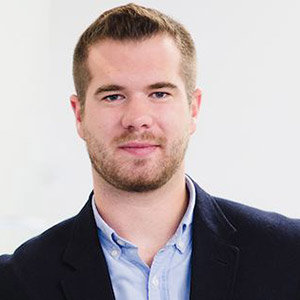 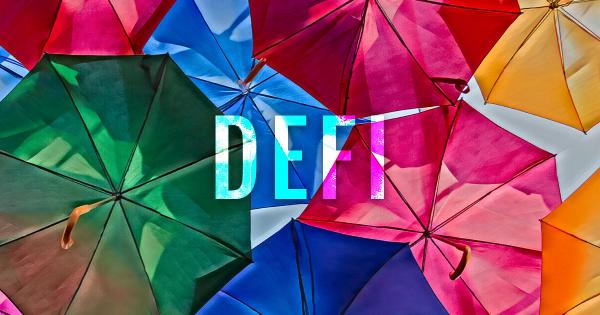 Photo by Inset Agency on Unsplash

NFTs busted the door to decentralized finance wide open. CGI artist Beeple (Mike Winkelmann) had already captured the headlines by selling his collections for over $6 million worth of ETH. But on March 11, Beeple broke another two ceilings – getting his NFT listed on traditional auction house Christie’s and selling it for an astronomically high price of $69.3 million. This too is comparable to exorbitant traditional artwork pricing.

Effectively, this means we can expect a new wave of people joining DeFi, a new class of users represented by digital artists and their hordes of fans. After all, the first thing one associates with NFTs is the programmable Ethereum blockchain with its native ETH token, the second-largest cryptocurrency by market cap (and popularity in general). Almost all NFTs are listed in ETH and all NFT marketplaces are a click away from DeFi dApps.

However, there is something missing to greet the new DeFi explorers: Peace of mind, in the form of insurance. Let’s find out how insurance would be implemented in the blockchain space.

Why DeFi Insurance Is Needed

Just as crypto exchanges have become the favorite target of cybercriminals, reflecting Bitcoin’s popularity growth, so too have DeFi protocols. Last year, when the DeFi space ramped up in activity, CipherTrace reported a $2.7 billion loss in hacks and fraud. Although this is still lower than the $4.5 billion worth of damages in 2019, it still represents a cause for concern.

The year 2021 didn’t start any better. On February 5th, one of the most popular DeFi platforms – Yearn Finance – suffered a loss worth $11 million. Without going further into detail, it was a so-called flash loan attack, falling into the category of exploits. Just like in the video gaming industry, it is a form of hack, but one that pinpoints and exploits an existing flaw in a given system.

If this sounds familiar, it’s because Yearn Finance was the same DeFi platform that had reportedly fixed an attack vector for a flash loan exploit last November. The unfortunate protocol that suffered the attack then was Harvest Finance, with users losing $30 million worth of tokens from their accounts. These events point to a sobering reality – not even preparation in the wake of similar exploits in the past is sufficient to erect an impervious barrier against them.

Like with crops and the unpredictability of weather, the only course of action is to institute insurance as a stabilizing force. Andre Cronje, the founder of Yearn Finance, informed the affected investors who were insured that all of them will be reimbursed.

One could read this as a signal to all DeFi participants to get insurance. Although Yearn Finance’s native YFI token has recovered since, it suffered a 12% value drop in the immediate aftermath of the flash loan exploit.

Outside of malicious attacks, it is worth noting that funds can sometimes be lost due to glitches. After all, we are dealing with the digital space in which nothing is 100% bug-free 100% of the time. For these reasons, any serious DeFi stakeholders should consider taking an insurance policy ASAP.

The Novelty of DeFi Insurance

The current market size of the traditional global insurance market is valued at about $6 trillion. This alone tells you that institutional investors prefer insurance whenever possible. More importantly, this is mandated by the government. For instance, the UK’s top apps for stock trading offer insurance as required by the Financial Conduct Authority (FCA).

Although such insurance doesn’t protect against losses incurred as a result of stock trading choices, it will protect against funds or assets that go missing. In the US, Congress created the Securities Investor Protection Corporation (SIPC) which protects investments from brokerages going bankrupt. Further, the SEC and FINRA assist investors with fraud-related matters.

The point here is that traditional finance features significantly more protection and security (and also regulation) compared to the DeFi space.

Keeping in mind that DeFi exploits are rare, they do remind us that Ethereum is a programmable blockchain. And that which offers flexibility inevitably comes with vulnerability. Just because governments will likely never mandate insurance for DeFi protocols, that doesn’t mean we shouldn’t take advantage of the concept. If the DeFi space is to overtake traditional finance as its most ardent proponents advocate, here are starting options in this newly emerging insurance market.

As intimated by Cronje in his tweet post-exploit attack, Nexus Mutual is becoming the go-to choice for DeFi insurance. Governed via its NXM token, it’s a decentralized, Ethereum-based insurance utilizing risk-sharing pools. Mutual covers any smart contract loss on Ethereum, as long as it is public.

Be sure to read their detailed claims page, covering what is excluded from coverage. To judge if it is worthwhile, as of March, you could cover 10 ETH for about 0.1281 Ether (ETH) on Curve Finance for 180 days, representing a ~1.3% insurance premium. If you are already using MetaMask, you can easily connect to it and claim your insurance. Unfortunately, those who see DeFi as primarily anonymous will be disappointed, as Nexus Mutual requires KYC (know-your-customer) identity verification.

However, if you want to preserve the original spirit of cryptocurrency, Nsure.Network offers permissionless insurance. Departing from Mutual’s staking in risk-sharing pools, this alternative is based on capital mining. Meaning, the price of insurance is predicated by the real-time supply of capital and demand for insurance coverage of that particular DeFi platform. They style themselves as the DeFi version of Lloyd’s London’s dynamic price model. Coverage is met by purchasing NSURE tokens that are automatically awarded on every block.

As you can see, both Nexus Mutual and Nsure.Network are open-source projects, utilizing a number of popular open-source tools. Github is just one — but projects can also facilitate contributions from the public through a number of different programming languages, such as Rust, Solidity, Javascript, Vue and TypeScript.

Etherisc is a framework for building insurance products and offering templates based on a license-as-a-service model. Utilizing risk pools like Nexus Mutual, it currently has 6 products in various stages of insurance pipeline completion:

As you can see, Etherisc is aiming to mimic large insurance multinational conglomerates, which cover everything under the sun. Their aim is set high, and it will be interesting to watch how they fulfill their roadmap and more insurance products are finalized.

CDx differs from both Etherisc and Nexus Mutual by using credit default swaps instead of risk-sharing pools. When it will be up and running, CDx will provide a highly sought product – insurance against hacks on crypto exchanges by using tradeable, tokenized insurance swaps.

Lastly, there is the Cook Protocol. Offloading insurance in the form of structured funds, this decentralized cross-chain asset management solution represents a middle ground between traditional and decentralized finance. Although these funds are managed by professionals (humans), they employ smart contracts, DAO, and tokenomics (COOK and ckToken) for maximum user transparency.

The CEO of Cook Protocol is Adrian Peng, who previously worked on Ethereum projects, Filecoin and Polkadot, as well as with prestigious conglomerates like Google and Oracle.

DeFi Insurance Has Yet to Mature

Alongside these projects, Union Finance is another permissionless alternative to Nexus Mutual, promising to extend insurance coverage outside mere smart contract loss. In practical terms, Nexus Mutual is positioned as DeFi insurance with the largest market share. No doubt, by the end of the year, we will see which insurance solutions instill the most confidence.

Bear in mind that these are smart contracts covering for smart contracts. As such, they too can be exploited — as we saw with Cover Protocol at the end of 2020. In the end, it was Binance — the exchange Cover insured against — that reimbursed users with $10 million worth of lost tokens.

Recently, however, Yearn Finance terminated its planned merger with Cover Protocol. Therefore, it’s reasonable to expect much trial and error before the year’s end.

Lastly, it is appropriate that we finish with the subject we started with – NFTs. They represent a secondary market as stocks would in traditional finance. In turn, this means that NFT insurance smart contracts can also be traded. It’s almost as if all cogs of DeFi are (ever so slowly) aligning into place.

Just ahead of the long-awaited Ethereum 2 upgrade, Andre Cronje of Yearn Finance prepares for the next phase of DeFi growth with a flurry of mergers. 3 min read