Police have arrested a 23-year-old woman from an address in Epping, Sydney where she lives with her parents for allegedly raiding a 56-year-old man’s cryptocurrency wallet and transferring more than 100,000 XRP to an exchange in China. 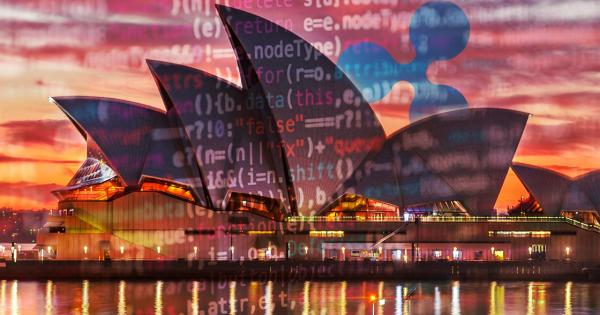 Police have arrested a 23-year-old woman from an address in Epping, Sydney where she lives with her parents for allegedly raiding a 56-year-old man’s cryptocurrency wallet and transferring more than 100,000 XRP to an exchange in China.

In a video report on Oct. 25, 2018, the Brisbane Times revealed that while the case is the first of its kind in Australia, local police do not expect it to be the last.

Sim hijacking has been recently highlighted as a method now favored by cybercriminals to commandeer cryptocurrency wallets and steal funds. This case is a twist of the basic template used by cybercriminals with the arrested woman accused of hacking the victim’s email address in January and using it to reset his wallet password details, before adding her own phone number as a 2-factor verification method on his crypto wallet.

According to police, the unnamed woman transferred more than 100,000 XRP from his wallet, worth about 450,000 AUD (319,000 USD) at the time, to an exchange in China, leaving the 56-year-old man with an empty XRP wallet once he managed to regain access to his email address two days later. In response to the crime, New South Wales police established Strike Force Rostrevor to find the perpetrator and potentially recover the stolen tokens, now worth about 65,000 AUD (46,000 USD).

Recognizing the growing profile of cryptocurrency theft as a preferred activity of cybercriminals, Australian police are now encouraging crypto holders to enable addition 2-factor authentication methods so as to reduce the likelihood of having their wallets compromised by a hacker who manages to gain control of their email address or mobile phone number.

“Will Become the Norm”

Some believe that the substantial lag between the reporting of the theft in mid-January and the arrest in October is a sign that police are engaged in several similar investigations concurrently, given that the crypto boom over the Christmas and new year period would likely have claimed several victims like the unnamed 56-year-old.

At the time, the relative unavailability of hardware wallets coupled with the lack of experience in dealing with crypto assets by new owners led to many of them keeping their funds in so-called “hot” wallets which are always a huge draw for hackers.

In response, the creation of Strike Force Rostrevor is a sign that Australian authorities have accepted that crypto adoption at whatever level of scale is a reality and their methods will evolve accordingly.

“It’s a very significant crime and it’s the first that we know of its type in Australia where an individual has actually been arrested and charged for the technology-enabled theft of cryptocurrency. What I can tell you is that while this might be considered an exception, in the next few years this will be the norm.”

For more information on Ripple and XRP: