Summit the World’s Highest Peak and You Could Find a $50,000 Crypto Prize 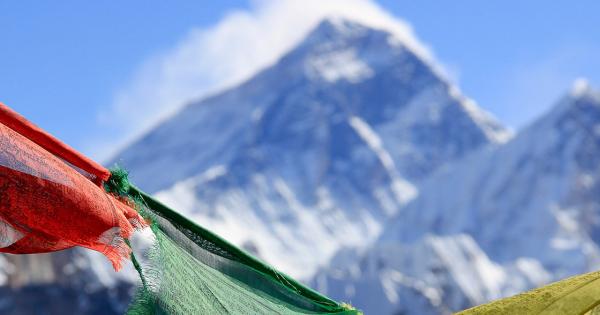 Photo by Kalle Kortelainen on Unsplash

Towering at 29,029 feet, Mt. Everest is the world’s highest peak.  First successfully climbed in 1953 by Sir Edmund Hillary and Sherpa Tenzing Norgay, Everest continues to draw almost 1,000 of the world’s best climbers and adventure seekers each year.  Now, at its peak, hides a $50,000 crypto prize.

Mt. Everest is capable of humbling even the most audacious of outdoorsmen.  Only half the climbers who attempt summiting the mountain are successful.  Some of the many potential dangers associated with climbing Mt. Everest include hypothermia, frostbite, falls, avalanches and altitude sickness.

Approximately six to eight climbers die on the mountain face each year.  Even Ueli Steck, also known as “The Swiss Machine” and arguably the greatest climber of his generation, tragically passed away in April 2017, after falling over 3000 feet.

Despite the apparent dangers, people continue to gravitate towards Mt. Everest.  While each adventurer has their intrinsic reasons,  now there is one more reason to summit Mt. Everest: a $50,000 prize in cryptocurrency.

Led by Taras Pozdnii, the Seven Summits Treks team recently summitted Mt. Everest on May 14th, 2018 and buried one single ASKT token.  Valued at $50,000 by cryptocurrency consulting group Byzantium, the ASKT token is part of a publicity stunt by California social-media site ASKfm.

ASKfm is a social media site popular amongst teenagers that allows users to post and answer questions openly or anonymously.  Boasting over 200 million users and handling 600 million questions each month, ASKfm now plans to integrate cryptocurrency rewards in ASKfm 2.0.  Although not yet released, the ASKT token would reward users for their contributions.

Users who answered questions would be rewarded ASKT tokens and more popular answers would generate more ASKT rewards.  The ASKT tokens could then be turned to fiat or used for “asking power” to get more important questions in front of more potential or desired answerers.

ASKT is currently in private sale with an upcoming pre-sale and ICO yet to be announced.  Of the 2 billion pre-mined ASKT tokens, 1 billion will be available during the ICO at $0.10/ASKT with a soft cap of $14 million and a hard cap of $100 million.  BTC, ETH, LTC, and USD are accepted.

With 3.5 million active daily users and over 215 million users already, ASKfm has the potential to bring cryptocurrency mainstream. ASKfm could eventually become an appealing platform for celebrities or specialists who wish to monetize their thoughts, opinions, and expertise.

Compared to summitting Mt. Everest, joining ASKfm to answer questions and generate tokens seems like a walk in the park.  ASKfm has not yet announced the upcoming ICO date.