On-chain metrics show where Litecoin might be heading next Joseph Young · 2 years ago · 3 min read
This article is more than 2 years old...
News › Litecoin › Analysis

On-chain metrics show where Litecoin might be heading next

Litecoin, the sixth most valuable cryptocurrency in the global market, increased by 30% in the past week. 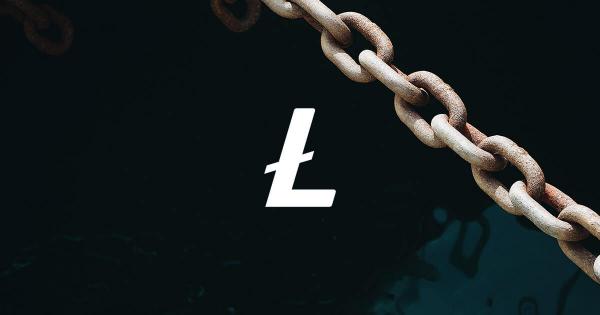 Photo by Mael BALLAND on Unsplash

Litecoin, the sixth most valuable cryptocurrency in the global market, increased by 30% in the past week. As LTC shows strong momentum, on-chain data points demonstrate both bear and bull cases.

Researchers at Santiment identified various on-chain indicators that buy the case for a pullback and also for a continued rally. They wrote:

“The often ignored and overlooked #Litecoin has experienced quite a month, peaking at nearly a +70% gain before markets experienced a minor pullback at the end of the weekend.”

According to Santiment, three on-chain metrics indicate a local top or the possibility of consolidation.

The daily active addresses and social volume, in particular, show an uptrend that is not being backed by solid fundamentals.

When the user activity of a blockchain increases in tandem with the underlying cryptocurrency, it suggests a bullish trend. But, if the user activity stagnates amid an ongoing rally, it typically suggests that the rally might not be an organic uptrend.

The bull case for Litecoin and fundamental factors

The bull case for Litecoin in the short to medium term is primarily based on fundamental factors.

The transaction volume of Litecoin has been consistently increasing since early November. It shows that the users are seemingly sending and receiving more on-chain transactions, which might signify two things.

First, it could show that more users are accumulating LTC and possibly sending them from exchanges to personal wallets. This means an accumulation trend might be in the works, as the alternative cryptocurrency (altcoin) market recovers as a whole.

On October 6, the open-source developer community of the Litecoin blockchain released a testnet for Mimblewimble.

It comes a month after CryptoSlate reported that a new Litecoin update showed the Mimblewimble implementation is on track.

Charlie Lee, the creator of Litecoin, first announced the integration of Mimblewimble in January 2019. He wrote at the time:

“Fungibility is the only property of sound money that is missing from Bitcoin & Litecoin. Now that the scaling debate is behind us, the next battleground will be on fungibility and privacy. I am now focused on making Litecoin more fungible by adding Confidential Transactions.”

The confluence of major network developments, growing transaction volume, and the beginning of an altcoin season buoyed LTC in recent weeks. In the short to medium term, LTC could see sustained momentum if the daily active addresses begin to increase and social volumes remain stable.

Institutions are buying Litecoin (LTC) at a 1,200% price premium

Litecoin has massive fundamentals lined up ahead, says Charlie Lee