IMF has revealed that Nigeria’s eNaira project is drawing interest from around the globe though it could still face some challenges. 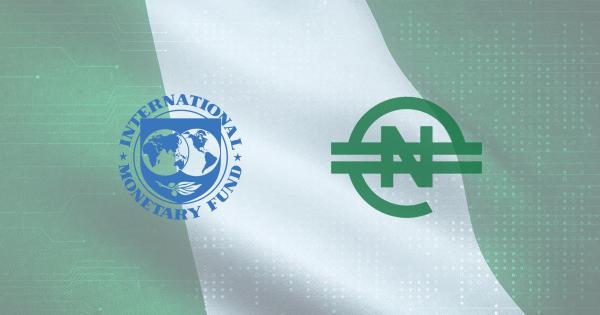 Nigeria’s central bank digital currency project, eNaira, is drawing attention and interest of leading financial institutions and it also gaining traction amongst other country’s central banks looking to initiate a similar project according to a report released by the International Monetary Fund (IMF)

The report, authored by economist Jack Ree, explained why Nigeria’s eNaira has lately been drawing interest from around the globe. According to the report, one of the reasons for the interest in the project is because of the control the Nigerian apex bank has over the digital currency, unlike other crypto assets.

It continued that unlike volatile digital coins like Bitcoin, Ethereum, and others whose value, funnily, have been depreciating in the past few days, the eNaira’s value is tied to that of the physical naira.

Keying into Nigeria’s central bank claim that the CBDC project would boost remittance and at the same time lead to an increase in financial inclusion for the West African country, IMF in its report said;

The e-naira is expected to lower remittance transfer costs, making it easier for the Nigerian diaspora to remit funds to Nigeria by obtaining eNaira from international money transfer operators and transferring them to recipients in Nigeria by wallet-to-wallet transfers free of charge.

However, despite all of these positives, the report identified that the eNaira could pose some risks for the monetary policy implementation of the country. The report explicitly stated that the “eNaira wallets may be perceived, or even effectively function, as a deposit at the central bank, which may reduce demand for deposits in commercial banks.”

Apart from that, other challenges the project faces include the “need to manage cybersecurity and operational risks associated with the eNaira.”

You’ll recall that we reported that Nigeria has continued working on its eNaira project and despite the early challenges faced by the project, over 400,000 wallets have been registered on the project.

Nigeria ranks ahead of U.S., others in crypto ownership. Bitcoin remains hot favorite.