Michael Saylor is trying to accumulate as much Bitcoin as he can. Or so it seems. 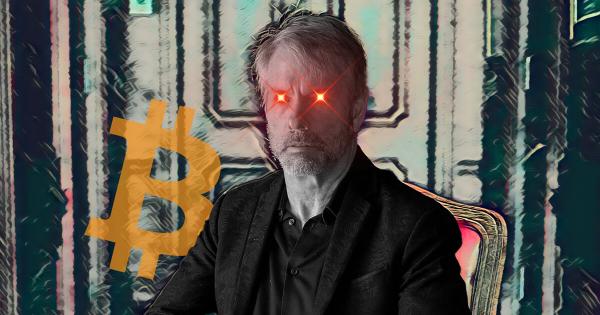 Business analytics firm MicroStrategy has filed to sell $1 billion worth of its stock for ‘general purposes,’ which may include buying more Bitcoin, a filing with the US Securities and Exchange Commission (SEC) showed.

MicroStrategy to sell $1 billion worth of their companies shares to finance "the acquisition of bitcoin". pic.twitter.com/0tsRprMnZO

The firm purchased another $500 million worth of Bitcoin this week and is one of the world’s biggest hodlers. But the mammoth holdings (and exposure to what is arguably one of the riskiest assets) doesn’t seem to deter the company from adding to its position.

“We intend to use the net proceeds from the sale of any class A common stock offered under this prospectus for general corporate purposes, including the acquisition of Bitcoin, unless otherwise indicated in the applicable prospectus supplement,” the firm said.

The issue of $1 billion shares will be done via a ‘shelf offering’—which allows a company to issue securities to the public multiple times over a period, based on market conditions.

Proceeds, if complete, will be used towards ‘general purposes,’ which may include additional investment in Bitcoin, but the other purposes are unknown as of press time.

The Bitcoin will add to MicroStrategy’s existing stack of 92,000 BTC, all of which is held by a newly formed subsidiary called “MacroStrategy LLC.” The firm sits on over $3.6 billion worth of the asset as of today, with CEO Michael Saylor raising another $500 million in a convertible note last week to purchase even more Bitcoin

The firm does, however, estimate the fair amount of financial risks it faces due to its massive Bitcoin exposure. “Our Bitcoin acquisition strategy exposes us to various risks associated with [the asset],” a statement in its filing reads, noting cyber hacks, price fluctuations, and uncertain regulations as some of the downsides.

Meanwhile, the public market isn’t impressed with MicroStrategy’s newest development. MSTR shares fell about 1% in after-hours trading. The stock remains 400% higher compared to the past year, however.