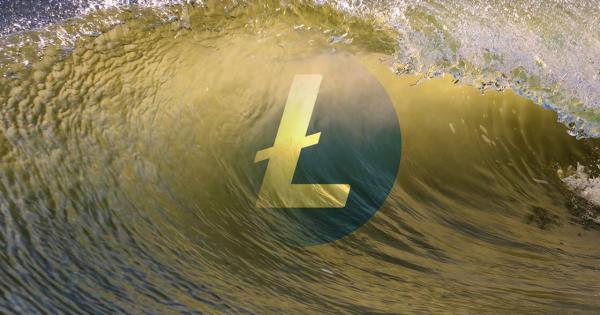 Litecoin saw breakout performance following similar pops from Bitcoin Cash and Bitcoin SV. However, after rocketing to $100 the price crashed back down to $73, with LTC now hovering in the high 80’s.

Litecoin Soars (and Falls Back Into Line)

Litecoin, the medium-of-exchange complement to Bitcoin, has experienced wild trading volatility within the last 24-hours. The price of LTC jumped from surged from $82 to $100—a 22 percent jump—following similar breakouts from BCH and BSV, according to Coinbase Pro data.

However, LTC’s heights were short lived. Within three hours of hitting $100 the price plummeted to lows of $73 before rebounding to a range between $80 and $90. The price has since held, posting 24-hour gains of 8 percent according to CoinMarketCap data.

Meanwhile, over the last 7 days, LTC has gone from $61.4 to $87.3—a 42 percent increase—based on aggregated CoinMarketCap data.

The price surge garnered attention from some respected members of the crypto community. Michael Novogratz, billionaire and CEO of crypto investment firm Galaxy Investment Partners, was perplexed why a “glorified test net” was seeing this kind of price growth:

Shortly after the tweet, the price dropped. However, other known crypto enthusiasts argued that Litecoin had additional upside in addition to what Novogratz suggested:

IMHO the gap exists because $LTC represents the scenario in which $BTC was the correct design, but a one-time flaw or external action takes down $BTC and leaves $LTC as the heir to the Shelling Point.

Gold and Silver don’t really have that dynamic.

Primer on Litecoin’s Role in Crypto

Litecoin’s goal as a cryptocurrency is to be a medium-of-exchange that complement’s Bitcoin’s proposition as a store-of-value. Since its inception, LTC has played a critical role in the development of Bitcoin, often acting as a testnet before major upgrades.

In 2016, Litecoin demonstrated its important role as a testnet by adopting SegWit, an innovation that reduced the amount of data needed to be stored on the blockchain with each transaction. The update was ultimately rolled out to Bitcoin after uncertainty around the technology was dispelled.

Litecoin also works closely with Bitcoin’s core development team, with devs from the projects sharing and collaborating for the benefit of both protocols.

Another notable achievement of the cryptocurrency is its status among exchanges and wallets. According to Litecoin community manager Ilir Gashi, LTC is one of the few cryptocurrencies listed on all major exchanged and major wallets—with the other two being Bitcoin and Ethereum.

Regardless of what people’s opinions are on the role of Litecoin in crypto, it appears that people are buying. Over the past week, Litecoin’s market dominance has increased from 2.63 to 3.08 percent, indicating that its share of the overall market is increasing.