IRS signals tax case retreat on staking, but the rules haven’t changed for everyone else Laszlo Dobos · 5 months ago · 3 min read
U.S.› Taxes

IRS signals tax case retreat on staking, but the rules haven’t changed for everyone else

The IRS may be backing down from a law suite around tax refund for block rewards, but this does not mean the rules have changed, as reported by other media outlets. Lawyers say the IRS may continue to tax rewards as income. 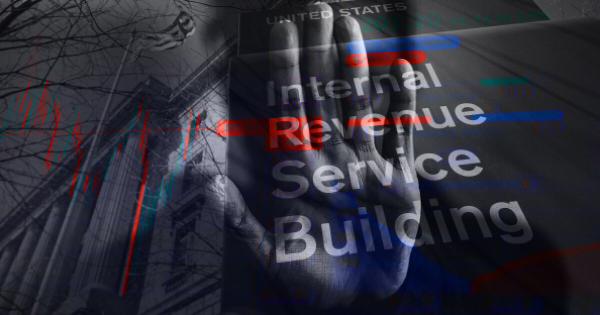 In 2019 Joshua Jarrett earned block rewards on proof-of-stake networks, paid taxes as if those rewards were income, and in line with IRS’ limited guidance on how block rewards should be taxed.

However, Jarrett also asked for a refund, arguing that the rewards should be treated as newly created property and therefore shouldn’t be taxed until he sells them. The IRS denied that refund, and so Jarrett sued the IRS last year, saying it was misinterpreting the law.

Reported in a blog post by cryptocurrency lobbying organization Coin Center, the lawsuit is still ongoing. However, the IRS may be trying to get out of the lawsuit before they lose, according to an announcement by the blockchain industry association Proof of Stake Alliance.

As per Proof of Stake’s announcement, the IRS is now offering Jarrett his refund without admitting the merits of his argument, meaning Jarrett might get his money back, but the IRS won’t have to admit they’re wrong about the interpretation of the law.

“No certainty they won’t try to tax me again”

Not looking to a mere monetary victory, but clear guidance from the IRS, Jarrett is not taking the refund, and so the case is yet not closed, but it does look like, according to reports, that the IRS is realizing that their justification for denying Jarrett the refund may not be adequately justified by law. IRS’ policy may not survive a judgement from the court.

In a tweet, Jarrett comments on the IRS’ turn in the case.

“At first glance, I got what seemed like great news. The IRS offered me a tax refund, indicating the government didn’t want to defend the position that the tokens I created through staking were taxable income. But I refused the offer, because I know that until my case receives an official ruling, I have no certainty they won’t try to tax me again.”

As pointed out by several lawyers close to the matter, this stepping back by the IRS does not mean that all is clear for stakers to be taxed only when tokens are sold. Unless lawmakers change the tax law for everyone and announce a new ruling, everyone will continue to have to pay taxes on their staking rewards.

Commenting on the case, crypto lawyer Jake Chervinsky, Head of Policy at the Blockchain Association, said in a tweet “There’s enough to be excited about here without overhyping it for engagement. Settlements are not binding precedent, nor are judicial opinions from federal district courts. One district judge can rule one way, and another district down the hall can rule the exact opposite the next day, and that’s lawful.”

Many media outlets have misinterpreted the event, to the ire of some experts. James Yochum, tax expert and founder of Corridor Consulting, is not happy with the reporting.

“Utterly pure trash, clickbait, headline. This is a district court case, and a ruling for the individuals at hand and not [a] tax court. It may satisfy as precedent for their district, but it does not [Yochum’s emphasis] satisfy for precedent or authoritative guidance for anyone’s tax return.”

“This is good news, but until we hear otherwise directly from [the] treasury giving us guidance, that we’ve been asking for for years!, let’s not do our happy dance yet, Okay?”

“The minimal information makes it seem like the IRS sided with the taxpayer, and there was not a ruling in court. Which gives me hope, we may see something favorable here. It could also mean, an IRS agent really screwed up in court,” Yochum tweets.

One step closer to winning the fight

According to Coin Center’s post, the event should not be interpreted as merely a positive development for proof of stake validators, it’s good news for Bitcoin miners as well.

“Any block reward from a permissionless cryptocurrency network, whether it is created through proof-of-work mining, proof-of-stake validating, or some other mechanism, is most accurately described as the creation of value through one’s own capital and labor rather than the receipt of value from an employer,” Coin Center’s blog post reads.

“The network allows users to create wealth from their own resources, it does not pay people for their labor. Why is this the more sensible characterization? Creators of block rewards literally do not get paid by anyone. Who is the employer when you are working for the bitcoin network?” the blog post continues.

“Treating mining and staking rewards as newly created property rather than income is also the preferred approach of a bipartisan group in Congress who sent the IRS a letter arguing as much in August of 2020. Today’s news brings the crypto community one step closer to winning that fight and one step closer to clear and reasonable tax policy for crypto in the US.”

Businesses could soon pay their taxes with crypto in Florida

Colorado residents can now pay their taxes in crypto

Biden’s coming for your crypto, stricter rules, and higher taxes on the way?