Hedera Hashgraph, a company using an improved blockchain version that claims to be faster, securer, and more scalable than existing blockchain networks raised $100 million in a private, funding round. 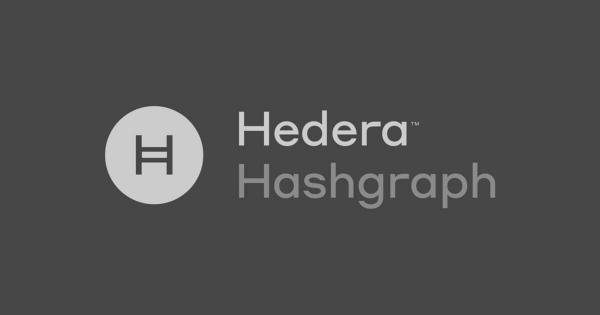 Photo by Josh Riemer on Unsplash

Hedera Hashgraph, a company using an improved blockchain version that claims to be faster, securer, and more scalable than existing blockchain networks raised $100 million in a private, funding round. The fundraiser resulted in the company’s astronomical valuation.

As reported by VentureBeat on August 1, 2018, the Dallas-based Hashgraph raised funds via a futures contract sale worth $100 million to undisclosed institutional investors. The company aims to develop a commerce and micropayments network based on its unique “hashgraph consensus” protocol.

Furthermore, future Hedera-issued tokens will be supported by funds that ensure seamless development and a smooth token issuance process.

Hedera noted the huge investment is indicative of Hashgraph’s prowess over other blockchain networks, such as improving micropayments and other stagnating aspects of the cryptocurrency industry. The company believes institutional investors realize the gap filled by Hashgraph.

“As a technology, it’s a fundamental advance in the world of distributed systems. It has fantastic performance, and it achieves the best in security one can have in the field.”

Beyond the Bitcoin Protocol

Harmon added that such observed developments exist in the blockchain sector but remain sporadic, isolated, and function at a small level. The CEO called out Bitcoin’s “terrible performance,” but praised its robust security features. However, Harmon opinionated that Hashgraph is the first blockchain-based product to offer both security and performance.

The protocol operates on a “Sharding” model, meaning nodes are connected in clusters according to their proximity, leading to an estimated “hundreds of thousands of transactions” per second in a single Shard. In comparison, Bitcoin handles only 2.7 transactions a second and Ethereum performs better at 26 transactions per second.

Harmon added the presence of more clusters on the Hashgraph network could potentially scale up to and support “millions of transactions per second.”

For the uninitiated, the Hashgraph whitepaper describes a novel approach to distributed consensus – or verifying transactions without the need of trust between participants – circumventing protocol methods used by the likes of Bitcoin and Ethereum.

Instead of using Proof-of-Work, which is undoubtedly secure but substantially slower, Hashgraph uses the “virtual voting consensus algorithm,” which Harmon claims can process transactions a 1,000 times faster than other cryptocurrencies.

Meanwhile, a tweet pointed out that Hashgraph’s total valuation was now at $6 billion after the $10 fundraising, considering total and circulating token supply:

So the latest Hashgraph valuation is SIX BILLION DOLLARS. pic.twitter.com/1qfGjViBLW

As mentioned earlier, Hashgraph aims to utilize much of the raised funds towards developing its micropayments system while augmenting its network of node clusters. However, Harmon specifies the protocol extends beyond micropayments, finding use in a futuristic, IoT-enabled micro-economy.

Referring to the rise of blockchain-based games, Harmon stated Hashgraph finds use in gaming applications requiring a high output of data, such as multiplayer games.

Interestingly, Hashgraph started out as an independent project for Harmon in 2014, before a group of 39 companies joined hands in 2017 to form the Hedera Hashgraph Council. The body ensures no untoward centralization of the protocol takes place.

Meanwhile, Harmon stated the massive $100 million raise is unlike traditional ICOs, as Hashgraph fully intends to issue tokens at a later date. The company is further seeking $20 million in a limited, accredited investor crowdsale, once the Securities and Exchange Commission qualifies its upcoming token as security.