Discord CEO revealed the platform’s pre-release solution for crossing the momentous Web 3.0 frontier, but judging by the user response, not everyone is on board. 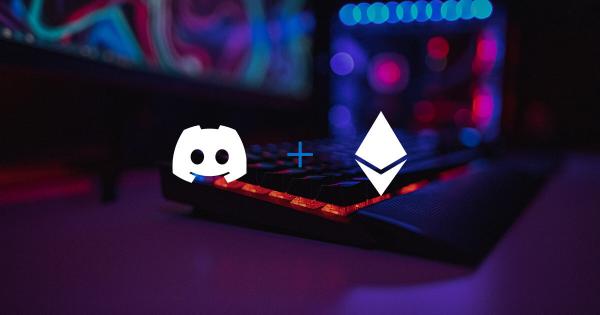 “Probably nothing,” wrote Citron on Twitter, while posting a screenshot of what is presumably a version of Discord app settings in development.

The solution in the works will allow users to connect to Ethereum and features two supported options, namely Ethereum wallet MetaMask and chain-agnostic WalletConnect, used for connecting mobile wallets to desktop dapps.

The popular platform allows users to communicate with text messages, media files, voice and video calls, with ongoing communication enabled through private chats or as part of communities called “servers.”

Integrating a crypto wallet into the platform’s core product would enable users to send each other tokens as easily as sending a message, while token-gating certain servers could facilitate community airdrops.

The discord airdrop is going to make us all billionaires.

Discord’s 150 million monthly active users are spread across roughly 19 million active servers per week and the platform’s new solution could significantly expedite crypto adoption. Although, only considering the user base is on board.

While a number of major social media platforms have already revealed their teams, plans, and products, designed to carry them, along with their users into the new internet era, Citron’s Twitter tease that implied upcoming token adoption stirred up some resistance among the gaming community, voicing environmental and Ponzi scheme concerns.

In order to drive their point home, numerous users threatened to cancel their Nitro subscriptions, Discord’s main revenue generator, which is essentially a voluntary upgrade.

Hey, I cancelled my nitro and judging by all the other replies and the hundreds of downvotes on this feature on your feedback forum, lots of others are too. Discord needs to stay the heck away from any of the crypto bs.

Meanwhile, others were eager to connect their wallets right away, just to be left disappointed as they realized they can’t since Citron’s screenshot features a teaser pre-release.

Hold on, how do I connect my wallet? On the connections tab rn and don't see it. Is it a limited roll-out or is this a pre-release pic?

Reddit could onboard 500 million crypto users with new Ethereum tokens

NFTs get a boost in cultural significance as TikTok explores the sector. 2 min read

Twitter and Strike partner up in what may be the start of a revolution in global payments. 2 min read