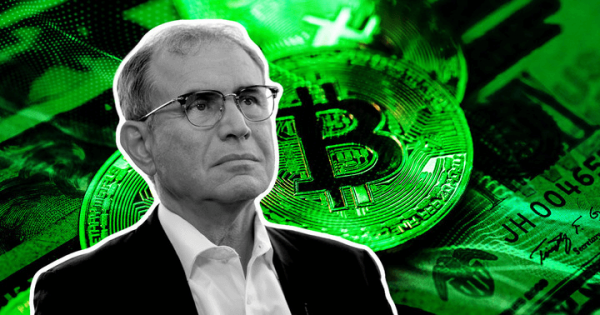 According to Roubini, the company plans to “create a global store of value” as it understands that the U.S. dollar’s current role as a reserve currency is vulnerable due to the U.S. government printing too much money and increasing de-dollarizing by hostile countries.

Roubini stated these plans while speaking with Bloomberg News and considered the inflation-proof tokenized dollar as a “financial inclusion opportunity, ” as it will give people who don’t have “exposure to the dollar and have a need for stable portable value that replaces the dwindling value of their own local currency.”

“The future of money is digital and away from cash (banknotes and coins).”

Roubini’s involvement in creating a digital currency is a surprise since he has ferociously criticized cryptocurrency and blockchain technology before.

During his appearance at the U.S. Senate banking committee hearing in 2018, he delivered a 37-page speech criticizing crypto. He famously referred to it as “no better than a spreadsheet.”

In the same year, Roubini published a treatise on why CBDCs will destroy Bitcoin. He believes blockchain technology is overhyped, and CBDCs won’t need it to function effectively.

If anything, CBDCs would likely replace all private digital payment systems, regardless of whether they are connected to traditional bank accounts or cryptocurrencies.

The economist also criticized El Salvador’s president, Nayib Bukele, for buying Bitcoin using the country’s funds. He called for his impeachment, saying the Bitcoin investment had bankrupted the nation.

However, Roubini won’t be the first crypto critic to flip the script and adopt the technology. Hedge fund billionaire and former Bitcoin critic Ray Dalio changed his stance about Bitcoin last year, calling it an “amazing accomplishment.”