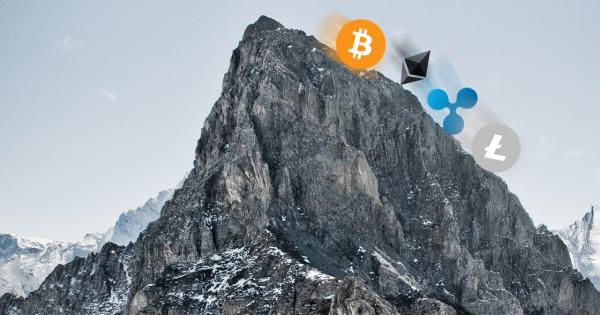 Photo by samsommer on Unsplash

After breaking the $8,000 barrier last Friday, Bitcoin impressed users and enthusiasts by spiking to $8,400 over the weekend. Today, the father of cryptocurrencies had fallen back down to $7,900 during the early morning hours but has since recovered to $8,000 at press time.

In addition, Ethereum is joining Bitcoin’s four percent drop after falling to $503 from its recent high of $537.

Ripple, Bitcoin Cash, and Litecoin are all down by three percent, though most analysts are unanimous in their sentiment that the drops are merely short-term results of recent selling pressure.

Granted, entities like Bitcoin can stay above $7,650 for the time being; many believe the worst days are long behind us. Should the currency rise beyond $8,100, new resistance could likely be established to assist bitcoin in rising to $8,200 and then $8,500. This could then make way for the $9,000 mark.

CEO of Pantera Capital, Dan Morehead, joins Fundstrat’s Tom Lee in his belief that Bitcoin will surpass the December 2017 levels and strike new highs by the end of the year.

“It is a great day to get long,” he wrote in a recent Medium post. Lee said:

“I rarely have such strong conviction on timing. A wall of institutional money will drive the markets much higher.”

Are Banks Starting to Sweat?

More interesting is the news surrounding Barclays, the banking institution that recently offered a very negative take on the hype surrounding Bitcoin.

The company announced that the “fever” which had struck most investors had suddenly broke and that traders were potentially losing interest in the cryptocurrency faster than one could anticipate.

Researchers also suggested that the Bitcoin price had reached its peak last December and that prices of such magnitude were not likely to be witnessed again in Bitcoin’s future.

At the time, the currency was trading for roughly $6,600, though Barclays has announced it will be launching a cryptocurrency desk soon tailored for institutions and crypto hedge funds.

Furthermore, the firm has signed Coinbase as its latest client, making it the first British Bank to accept a U.S.-based cryptocurrency exchange platform as a solid customer.

Either Barclays is suddenly eating its words following Bitcoin’s break of $8,000, or the company sees enough potential in today’s market to get itself temporarily involved.

What to Expect in the Short-Term

Either way, most experts believe that the bull run is not quite over. Ethereum, for example, will have to restrike its previous mark of $537 before it can break current resistance, but once this occurs, $570 may not be too far off the mark.

For Bitcoin Cash, resistance was witnessed at $790, which may continue to prove to challenge for the spin-off currency in the short-term. However, Bitcoin Cash has managed to break $766 on most exchanges.

Ripple is experiencing solid resistance at $0.70 and is currently trading for approximately $0.65 at press time. XRP has a heavy “bearish momentum” to work through, with present trends suggesting a possible knock backward to the $0.40 range, and Litecoin has also dropped to $127 from its previous $131 spot.