Cornerstone Global Management announced a partnership with the Litecoin Foundation to integrate Litecoin into its crypto pay and pension plan program, CP3.

In a blog post, the payment solution startup revealed that it will be using Loafwallet as the preferred Litecoin wallet for users to store their LTC. The move comes as part of the efforts put up by the Foundation to add utility to the token.

CP3 is an initiative taken by Cornerstone Global Management that allows any US-based employee to automatically convert a portion of their salaries into crypto. The program plans to integrate cryptocurrencies into the regular lives of employees by giving them the opportunity to receive cryptos just as they do with fiat in any given payday. At the moment, CP3 only supports Bitcoin, Ethereum, and now Litecoin.

“Being involved in the CP3 program is great for getting Litecoin and Loafwallet into the hands of as many people as possible. Having some of your pay sent to you automatically in crypto is now a seamless, automatic process, which can bring more applications into the hands of hard-working people throughout the US and beyond.”

The Litecoin Foundation has been ramping up its efforts to push LTC into mainstream adoption. The firm recently teamed up with the San Diego International Film Festival to provide attendees with a limited amount of Litecoin that they can use to donate to films accepted into the 2019 Festival line-up. Additionally, the Foundation revealed earlier this year that Litecoin has become the official cryptocurrency of the Miami Dolphins as a way to raise awareness and educate people about LTC.

Now, the LTC Foundation seems to be working on a Lightning-focused project as hinted by one of its directors, Xinxi Wang. Although no details about the project have been revealed, the crypto community awaits for the Second Annual Litecoin Summit where it could be unveiled. 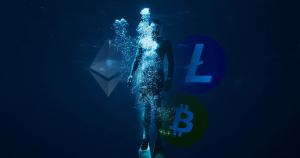 Designing the future of global payments

The Litecoin Foundation is a non-profit organization registered in Singapore. Their mission is to advance Litecoin for the good of society by developing and promoting state-of-the-art blockchain technologies. Learn More ➛