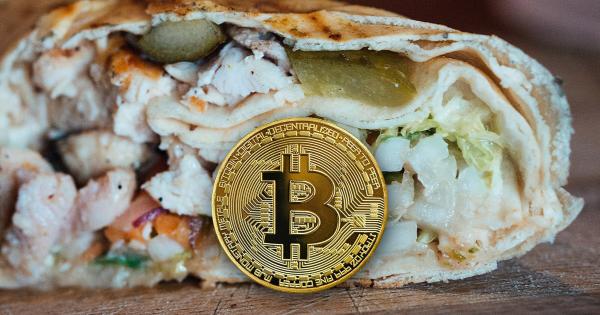 Photo by Hanna Balan on Unsplash

On April 1, the American chain of fast-food restaurants, Chipotle Mexican Grill will celebrate National Burrito Day by giving away $100,000 worth of Bitcoin, according to a press release published today.

On Thursday, Chipotle will launch a special website, dubbed “Burritos or Bitcoin,” where users will be offered 10 tries to guess a valid six-digit password. If successful, contestants could win one of the three main prizes that amount to $25,000 in Bitcoin each. Another 50 winners will receive $500 worth of BTC each.

Per the release, the contest was inspired by the story of former Ripple CTO Stefan Thomas, who is also the founder and CEO of web content monetization platform Coil and a co-creator of blockchain payments protocol Interledger.

Thomas became famous earlier this year when several major mainstream media outlets published numerous articles about him losing access to 7,002 BTC—that are worth over $413 million at today’s prices. This is because Thomas’s private Bitcoin key is locked on an encrypted flash drive, called IronKey, and he doesn’t remember the password to open it.

A painful memory. I hope others can learn from my mistakes. Test your backups regularly to make sure they are still working. An ounce of foresight could have prevented a decade of regret.

That said, I'll do what I always do which is focus on building things, e.g. @Interledger. https://t.co/pCgObeAf4Z

To make matters even worse, the IronKey drive gives users only 10 tries to enter the correct password—and locks forever if none of them succeed. In mid-January, Thomas had only two tries left.

In homage to the tragic story of Thomas’s (most likely) lost Bitcoins, Chipotle’s contest will emulate this situation, albeit with much less money being at stake. Chipotle explained:

“In a playful ode to Thomas’s experience losing the login to his hard drive that stored $387 million in Bitcoin, Chipotle is encouraging fans to carry out a mock ‘chiptocurrency’ rescue mission and crack the code on its digital wallet.”

The company added that apart from $100,000 in Bitcoin, another 10,000 users will be able to win a free burrito. Otherwise, what kind of National Burrito Day that would be?