Chainlink’s native token LINK gained the $23 threshold in the early hours to start the week. This comes as the crowd has had the most sustained negative sentiment toward the asset since October. 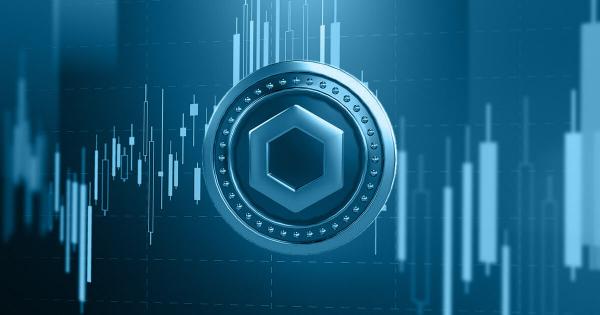 Blockchain data oracle Chainlink’s token, LINK, has gained some positive traction since the local low at $17.33 on the 15th of December. The token has seen positive action in the past two weeks despite a negative market sentiment toward LINK since October, according to data from market analysts Santiment.

The number 18 cryptocurrency by market cap is trading at $23.37 at the moment of writing, slightly above the critical threshold at $23 and up almost 26 percent since the local bottom twelve days ago.

Why could LINK be surging?

Three possible forces behind the recent surge may be that the former Google CEO, Eric Schmidt, joined Chainlink as the firm’s new strategic advisor earlier this month. Also announced earlier this month, Chainlink and the Internet-of-Things blockchain IoTeX partnered in an effort to ”advance real-world connectivity and enable creators to build their ideas and tackle complex problems that were impossible to solve before.”

Finally, Ethereum-based liquid staking solution Lido announced an integration of Chainlink Price Feeds. Lido enables its users to stake ether on the Ethereum 2.0 Proof-of-Stake chain without the need to stake all 32 ether (ETH) otherwise demanded by the protocol.

LINK down by half since ATH

Chainlink, the leading blockchain data oracle by market share, provides off-chain data to on-chain services, an important service to blockchains that otherwise cannot fetch data from outside the blockchain. Oracles collect data, such as real-time price feeds from exchanges, from a variety of sources in a more or less decentralized manner and provide APIs for developers to integrate data feeds to on-chain decentralized applications.