After Elon Musk somewhat "dissed" both of his "pet tokens," the Cardano Foundation decided to step in. 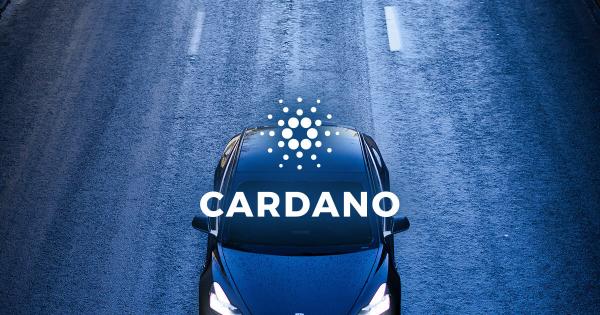 The price of Cardano (ADA) has spiked to a new all-time of $1.96 today after the Cardano Foundation, the non-profit organization behind the cryptocurrency, asked Elon Musk to “get your people to talk to our people”.

In its Twitter thread, titled “Cardano x Tesla: An obvious match? [thinking face emoji],” the Cardano Foundation brought up several bullet points comparing itself to Tesla. Namely, the organization suggested that both companies rely on the four main elephants as their bedding: scalability, unique solutions, sustainability, and the fact that they both were founded by engineers.

Shortly after the thread was posted, ADA’s price skyrocketed to $1.96—its new all-time high so far—amid the overall bearish trend on the crypto market, according to crypto metrics platform CoinGecko.

At press time, ADA scaled down a bit to around $1.80, still up roughly 4.5% on the day. Notably, the price spike has also pushed its market capitalization to nearly $60 billion, allowing it to replace DOGE as the 4th largest cryptocurrency.

So, @elonmusk… how about we get your people to talk to our people? ?#Tesla #Cardano #SustainableTech pic.twitter.com/T0O31svrMb

Notably, Tesla CEO Elon Musk, a well-known proponent of cryptocurrencies, memes, and some Japanese breeds of dogs, has recently “dissed” Bitcoin, citing environmental concerns. As a result, Tesla has suspended BTC payments for its electric cars—just a couple of months after enabling them.

“We are concerned about rapidly increasing use of fossil fuels for Bitcoin mining and transactions, especially coal, which has the worst emissions of any fuel,” the company stated.

To add insult to injury, Musk himself launched a Twitter poll two days ago, asking whether his 54 million followers want Tesla to accept Dogecoin (which uses a computationally and energy-intensive proof-of-work consensus algorithm—just like Bitcoin). Although to be fair, Musk also acknowledged that DOGE is a “hustle” during the latest Saturday Night Live episode.

Apparently, since the niche of “Elon Musk’s pet token” is seemingly becoming vacant again, the Cardano Foundation decided to capitalize on the commotion. And it looks like its efforts are bearing fruit so far, at least in the short term.