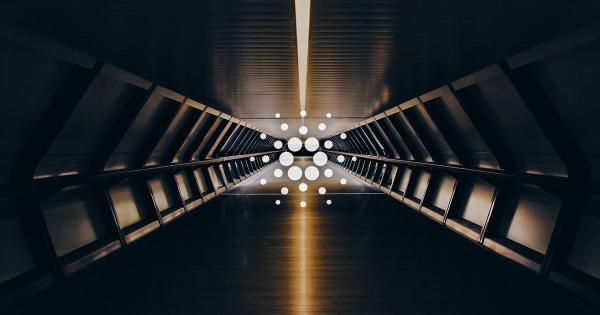 IOHK—Cardano’s (ADA) parent company has expanded its leadership team, hiring former Dell executive and BNP Paribas associate to lead the company’s commercial and technology divisions. According to a press release shared with CryptoSlate, the two will help create a dependency between teams working on the release of the Cardano mainnet.

IOHK, the company behind the Cardano blockchain, has announced two major new hires aimed at helping the rapidly-developing company scale its growth. In a press release shared with CryptoSlate, the company said that industry experts Jerry Fragiskatos and Romain Pellerin will be joining IOHK’s decentralized team of over 250 employees.

The two will be assuming vital positions within the company—Fragiskatos will be the new chief commercial officer (CCO), while Pellerin will act as the company’s chief technology officer (CTO).

Both join the company during a vital growth phase, IOHK said in the release, as the entire Cardano ecosystem is being prepared for the release of the Shelley mainnet.

“I am looking forward to identifying problems, pain points, from the process language to experimenting with the newest developments in disruptive blockchain technology. Ultimately, we want to provide technology that people and businesses will use seamlessly,” Pellerin said in the release.

Jerry Fragiskatos will lead IOHK’s commercialization strategy from Dallas, Texas, working hand-in-hand with the Cardano Foundation. He will be focused on commodifying the blockchain technology developed at the company for mass adoption and growing a successful, self-sustaining business. With experience in over $3-billion worth of successful pursuits, Fragiskatos will also look at extracting value for IOHK’s existing products.

Romain Pellerin will be working closely with the product and technology teams at IOHK to implement new processes and identify the pain processes involved with developing new technologies. He will coordinate the dependencies between teams and lay down the foundations of research and software development at IOHK.

IOHK’s chief of staff Tamara Haasen said that Fragiskatos’ experience with the IT industry and Pellerin’s experience with disruptive technologies will prove to be invaluable to the company.

Significant efforts are being made to transition Cardano from a science project to an actual commercial product. 4 min read

The Cardano Foundation shared the goals it achieved during 2019, which could pave the way for ADA’s price action this year. 3 min read