Headline price figures do not necessarily tell the full story when it comes to network scaling. Is Solana seeing stealth growth amid a 46% drop against BTC? 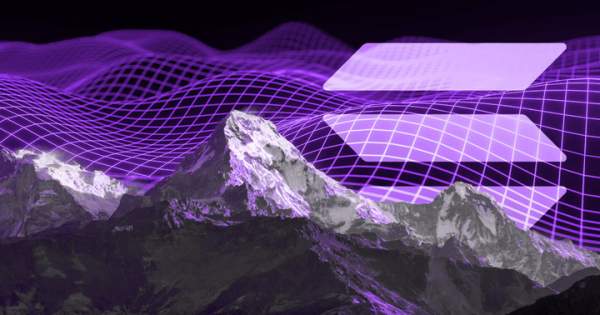 According to a 32-page report issued by ByBit, the Solana ecosystem saw strong growth in the second quarter of 2022 due to the strong performance of GameFi and DAOs.

There was an increase in DAO activity, continued volatility in NFT markets, strong interaction with GameFi, and a decline in DeFi market share during the quarter.

While there may have been solid growth within parts of the network, it was not without problems. There were two major network outages during this time. However, upgrades to Solana appear to be having a positive effect, as the report stated,

“Network upgrades in late Q2 have shown significant improvements in terms of transaction processing and reliability.”

Further, the report highlighted the issues with Solend, Slope Finance, Crema, Nirvana, and Saga as examples of network security that need to be drastically improved. Some events occurred at the start of Q3 but were included due to their potential impact on future Solana growth.

The price of has declined from a high of $146 during Q1 to a low of $26 in Q2 alongside a broader market sell-off. However, $SOL has also fallen 46% against Bitcoin, indicating that the Solana capitulation was somewhat independent of the overall market.

However, in relation to on-chain activity, bullish statistics support the report’s belief that Solana is seeing network growth regardless of the downward price pressure. Daily active programs and the number of validators are steadily increasing, as shown below.

The number of active users interacting with NFTs on Solana is also healthy compared to OpenSea. The number of transactions on Magic Eden is also over five times greater than OpenSea, although the value of the transactions is similar across both ecosystems.

There has been an increase in DAO activity, as the report argued that “Solana has been catching up with Ethereum with its number of DAOs.”

“As an overview, the DAO creation tool Realms has registered a significant rise of DAOs on Solana to over 800+ DAOs at the time of writing, compared to 100+ in January 2022. “

DAOs on Solana have grown from 1,750 to roughly 2,500 from March to June 2022, “revealing a prosperous DAO landscape on Solana.” The report used data on Solana multi-sig wallets to ascertain the increase in DAO activity.

Alongside the drop in the token price of $SOL, the total value locked into Solana DeFi has fallen drastically from $8 billion in Q1 to just $2.5 billion in Q2.

Further, while usage of NFT marketplaces may be steady, some popular NFT projects, such as STEPN, have seen an exodus of users. The value of STEPN’s GST token has fallen 99.5% during 2022 amid a surge in players and limited use of the in-game token.

It should be noted that within GameFi as a whole, Solana has seen an increase in market share compared to other chains. The report attributes this to “strong user statistics from Gameta, Solana ranks as a top game chain starting in Q2.”

The report concluded by establishing that concerns over Solana’s network instability are still present, yet Bybit is “optimistic that the new upgrades announced during the quarter
would enhance the network steadiness and reduce the possibility of outages in the future.”