Bitcoin’s flat while attention’s on Ukraine, away from the Fed, inflation

Bitcoin has seen a strong recovery from the lows last week, and BTC trading flat the past 24 hours. Traders and markets attention is now fixed on the war in Ukraine, while not many are looking at macro economy and inflation. 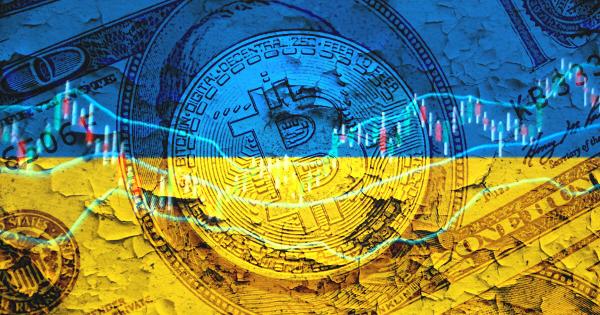 All eyes are on the war in Ukraine, including those of crypto traders, and for obvious reasons, of course. Crypto’s volatility over the past week has been expected while many are trying to figure out how to adjust to the geopolitical situation. It’s safe to assume that some of the buying pressure is coming from Russia, Ukraine and other parts of eastern Europe, as people are scrambling to save their money.

To this point, the major western exchanges, such as Kraken and Binance, are still open to Russian customers, however, exchanges are keeping a steady eye on the sanctions list. According to data from Santiment, the trading crowd has justifiably moved their attention over to the Russia-Ukraine situation over the past week, while the focus on the U.S. Federal Reserve and the still high inflation rate has become dormant.

Daily active addresses are on the rise

While bitcoin hovers between $43,000 and $45,000 and traders await the next big swing, whales are becoming increasingly active in making massive transactions. In the last three days, there have been 13,400 BTC transactions exceeding $1 million in value.

According to analysts IntoTheBlock, retail interest in bitcoin is returning to the market. The number of traders, defined as addresses holding bitcoin for more than 30 days, are rapidly increasing in correlation with the price appreciation of bitcoin. These traders tend to follow the price action, and they have increased their balance by 4.2%.

LUNA crushes the rest of the market

The big difference between the two top cryptocurrencies by market cap, is found zooming out a year. While bitcoin is down 10.2%, ether is up 95.3% since a year ago.

The outstanding exclamation mark in the crypto market the past week, however, is Terra’s LUNA token. LUNA is up 55.1% on the week, 77.9% the past 30 days, and up 1323% on the year. With a total market cap of over $34 billion, LUNA has now passed both Cardano (ADA) and Solana (SOL) and is now ranked as number seven by market cap.