Binance, one of the largest cryptocurrency exchanges in the world, announced the launch of its new fiat gateway for Latin America. 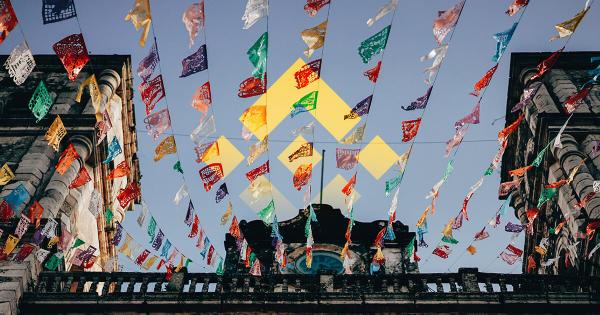 Binance, one of the largest cryptocurrency exchanges in the world, announced the launch of its new fiat gateway for Latin America. According to the company’s blog post, the new subsidiary will be called Latamex and was launched in partnership with Settle Network, Latin America’s largest digital asset settlement network.

One of the largest cryptocurrency exchanges in the world, Binance, has been on a roll in the past few months. After launching a U.S.-only market, BinanceUS, the exchange set out to conquer the South American market.

According to the company’s latest announcement, Binance launched its first-ever fiat gateway focused on Latin America in a bid to bring cryptocurrencies to more people. The new platform, called Latamex, has been created under the Binance Fiat Gateway and is a product of a partnership with the Settle Network, the company said.

Partnering with the largest digital asset settlement network in Latin America will enable Binance to make cryptocurrencies more accessible to people in the region. The exchange’s CEO, Changpeng Zhao, said that Latamex was a response to the fact that almost half of Latin America’s population is unbanked.

“The crypto industry is still in its early stages and most of the world’s money is still in fiat. Building fiat gateways is what we need now to grow the ecosystem, increase adoption and introduce crypto to more users” he said.

While Latamex will ultimately roll out to the entire South American continent, the platform is currently available only for customers in Argentina and Brazil. During the announcement at IaBitConf in Uruguay, Binance said that customers in these two countries will be able to buy cryptocurrencies using both the Argentine peso and the Brazilian real.

However, direct purchases are only available for Bitcoin (BTC), Ethereum (ETH), Binance Coin (BNB), and stablecoins such as BUSD, the company said. The company didn’t provide any more details on the possibility of expanding its direct purchase offer.

Pablo Orlando, the founder and CEO of Settle Network, said that Latin America has shown that there’s a rampant need for blockchain and cryptocurrencies in the region. The company’s partnership with Binance will enable it to leverage the existing infrastructure in Argentina and Brazil to increase financial freedom and bring cryptocurrencies to the masses.

Latamex will be joining the ranks of other Binance subsidiaries around the world that offer fiat to crypto trading, including BinanceUS, Binance Uganda, Binance Singapore, and Binance Jersey.

Binance’s application is dedicated to trade on Binance. Learn More