Amsterdam Businesses Threatened with Grenades if Bitcoin Ransom Not Paid

Multiple Amsterdam businesses received emails threatening them with hand grenades or shootings if they do not pay €50,000 in bitcoins to the sender, the NLTimes reported on October 31.

Multiple Amsterdam businesses received emails threatening them with hand grenades or shootings if they do not pay €50,000 in bitcoins to the sender, the NLTimes reported on Oct. 31.

Cyber terrorists are targeting Amsterdam, demanding hundreds of thousands of dollars worth of bitcoin from multiple coffee shops and threatening them with live hand grenades and firearms if they don’t pay up.

The police have confirmed that that multiple reports of this email have been received and all are currently under investigation.

The threatening email, which is in possession of AT5, a local media outlet, was purportedly sent to at least three coffee shops and Club ABE on Amstelstraat. The first was reported in May 2018 by Club ABE, which disclosed an incident with a hand grenade tied to the club’s door in August 2017.

According to the broadcaster, the email read:

“You probably noticed how many entrepreneurs have had to close their doors recently by order of the municipality. To prevent you from being the next one, you must immediately take action.”

The writer instructs the entrepreneur to create an account on coinmama.com or coinbase.com, buy 50 thousand euros in bitcoin, and transfer it to a specific address.

The threats made by the group dubbed “the bitcoin terrorists” take advantage of the municipality of Amsterdam’s policy to close businesses after a shooting or an explosive was found.

However, Maurice Veldman, the lawyer representing several coffee shops in the city, told AT5 that owners are not impressed by the email and that these types of intimidation are not taken seriously and are very easy to make.

However, all of his clients were required to report the threats as they signed a covenant with the mayor stating that they are obliged to report everything related to safety. He also stressed that none of the coffeeshops paid the demanded amount and there have been no incidents.

The municipality of Amsterdam has also worked on changing its policy on closing businesses after a shooting or an incident with explosive. In September 2018, Amsterdam Mayor Femke Halsema said that the city is gradually becoming more precise in the application of such measures.

Physical Bitcoin Attacks and Burglaries on the Rise 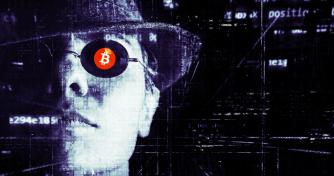 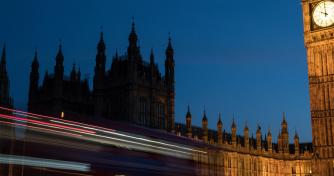