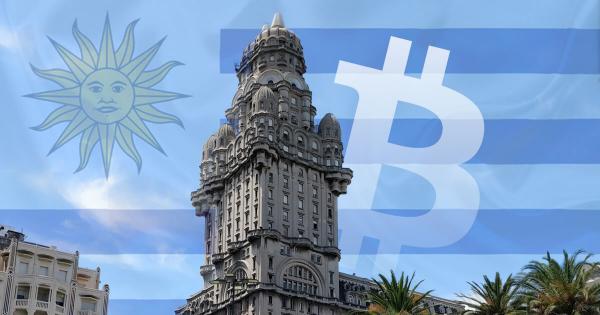 A senator in the Uruguayan parliament, Senator Juan Satori has joined the league of politicians supporting Bitcoin as he recently introduced a draft bill that proposes the regulation and enablement of the adoption of crypto payments by businesses.

Crypto for business in Uruguay

Per Satori’s bill, “crypto assets will be recognized and accepted by the law and applicable in any legal business. They will be considered a valid means of payment, added to those included in the Law of Financial Inclusion.” If approved, this means that businesses within the jurisdiction of the country would now be allowed to accept cryptocurrencies for their goods and services.

Senator Satori is a member of the ruling party in Uruguay. The party holds the majority seat in the country’s parliament with 10 out of the 30 seats in the legislative chamber. This could be a plus for the bill which would see the government issue three kinds of licenses to businesses.

With the first license, businesses can “trade crypto assets.” The second license allows them to “store, retain, or safeguard crypto assets,” i.e. provide custodial services to their clients. While the last license would allow these businesses to issue “crypto tokens with financial characteristics.”

Also, the bill empowers the country’s National Secretariat for the Fight Against Money Laundering and Terrorism Financing to regulate, control, and audit the license holders from time to time.

Since news of El Salvador’s adoption of Bitcoin as a legal tendency became widespread, a number of American countries have also stepped up their activities towards adopting digital assets as a legal tender within their country.

According to available information, countries like Panama, Paraguay, Mexico, and Argentina have introduced a bill that is crypto-related in nature.

These bills have mostly sought to embolden the use of these virtual currencies within their country.